"If we work now to get the emissions under control... the second half of the century won't be as bad," one expert said.
WPVI
By Trish Hartman 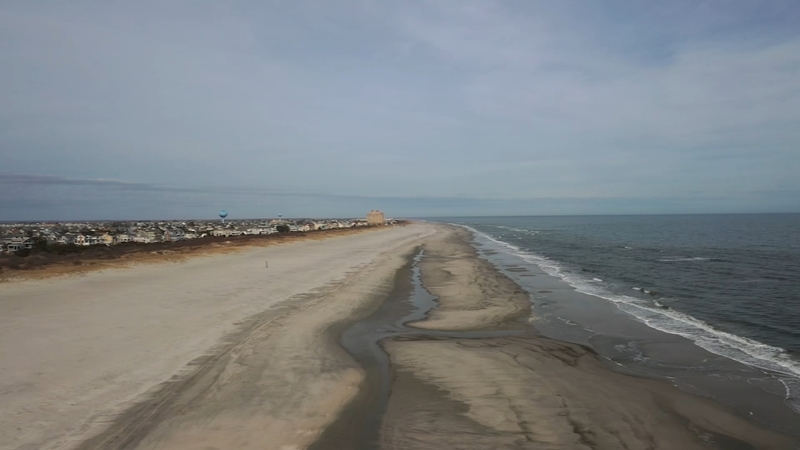 By 2050, seas lapping against the U.S. shore will be 10 to 12 inches higher, according to an 111-page report issued this week by the National Oceanic and Atmospheric Administration and six other federal agencies.

"I've been on the island for about 30 years and been through a lot of storms, lost a house already," said Lynn Brady of Brigantine, New Jersey.

RELATED: US could see a century's worth of sea rise in just 30 years

While she doesn't worry about her now-raised home on the island, she wonders about future generations.
"A hundred years from now, this island could be a lot thinner," she said.

The projected increase is especially alarming given that in the 20th century, seas along the Atlantic coast rose at the fastest clip in 2,000 years.

He says the sea level has been rising for generations, but it's happening faster now.

"Putting material into the atmosphere that captures more heat from the sun, raising global temperature which warms the water and melts the ice," said Farrell.

Farrell says shore towns will have to work hard to keep up with so-called nuisance flooding, and larger storms.

"We have to have pumping stations that are coming online that are doing active pumping, rather than let the water runoff by gravity. Things like that are being done to mitigate these kinds of flooding. They'll have to go more of that in the next 30 years," said Farrell.

One small piece of good news: Farrell says this report backs off of a previous prediction of 10 feet of sea-level rise by the year 2100.