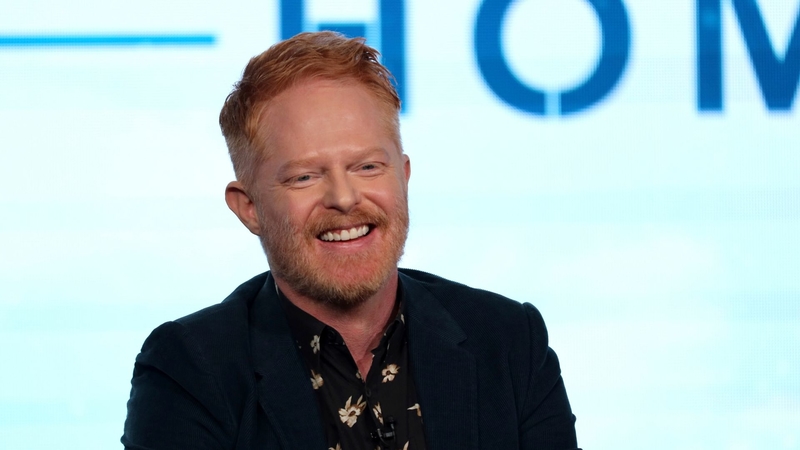 We know and love Jesse Tyler Ferguson as Mitchell Pritchett on "Modern Family," but as the show ends its 11 season run, the actor has been focusing on his latest project: "Extreme Makeover: Home Edition." As the host of the show's revival season, Ferguson works alongside volunteers and designers to build homes for families who have given back to their communities.

"As someone who loves to give back to the community, I thought this [was] like the ultimate way to do that," Ferguson told On The Red Carpet.

The actor was initially wary of venturing into the land of reality television, especially something as design-oriented and carpentry-heavy as "Extreme Makeover," but decided the pros of giving back to families in need outweighed any fears he had.

"I was completely out of my comfort zone...they put me behind some pretty big, powerful equipment," Ferguson said.

However, the actor quickly put on his carpentry hat and had a blast using those power tools to demolish houses, as audiences have seen throughout the season. 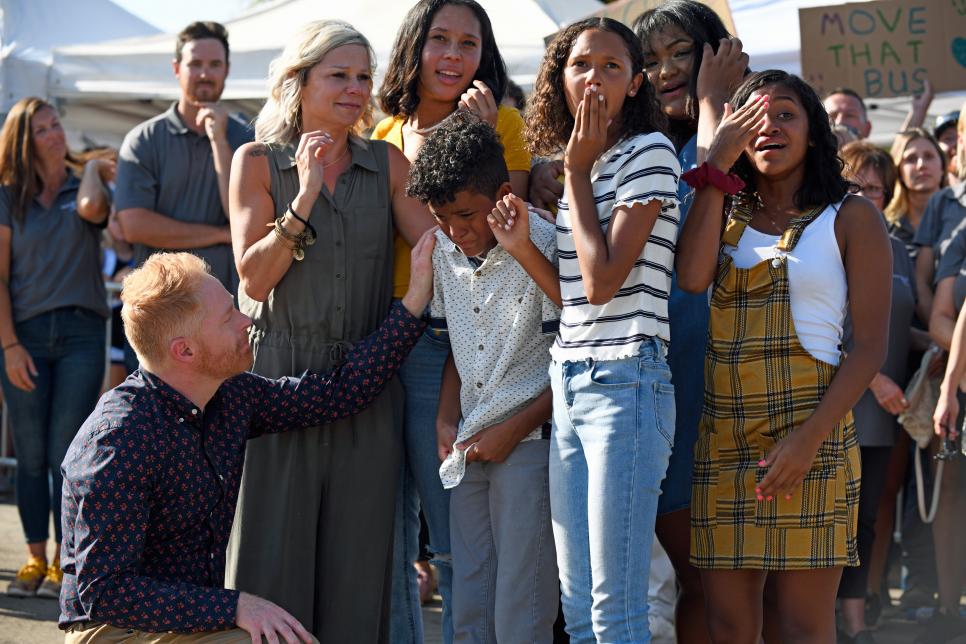 Still grieving loss while celebrating new opportunities, the Mosley family from Bakersfield, California is moved to tears upon seeing their new home.

Ferguson hopes that audiences feel inspired to give back after watching the show: "It certainly reminded me that we can do so much as a community when we come together."

Although we're most certainly in a time of hardship with the coronavirus outbreak, "Extreme Makeover" continues to deliver feel-good episodes to families every Sunday. Ferguson stressed that even in a time like this, it's still free to lend a helping hand to your community and even express gratitude to essential workers still going to their jobs every day.

As Ferguson has been celebrating the release of this new project on HGTV, he's also gearing up for one of the toughest goodbyes of his career: the series finale of "Modern Family."

The time has come... ❤️ #ModernFamily continues with the final episodes, Wednesdays on ABC. pic.twitter.com/1oFnzukatM

"It's going to be sad for all of us to say goodbye to these characters, but hopefully we gave them the best possible send off," Ferguson said.

At the core of it all, Ferguson emphasized that none of this would have been possible without the dedicated fans who have been supporting the show for 11 years: "I thank them so much for allowing me to have one of the greatest jobs of my entire life."
Report a correction or typo
Related topics:
arts & entertainmentcelebritytelevisionhome improvementmodern familyreality television
Copyright © 2022 OnTheRedCarpet.com. All Rights Reserved.
TELEVISION
'Good Luck to You, Leo Grande' takes honest, positive look at sex
What to know about 'The Bear,' new FX show coming to Hulu
Lisa Marie Presley says watching new 'Elvis' film was 'emotional'
Emmys preview: OTRC breaks down most talked about shows of the year
TOP STORIES
Protesters gather in Philly after SCOTUS overturns Roe v. Wade
How does overturning Roe v. Wade impact women in Pa., NJ and Del.?
Brian Laundrie confession letter released: 'I ended her life'
Current and former Wildwood mayor, 3rd official facing theft charges
Roe v. Wade overturned: Protesters rally at Supreme Court's doorstep
Carjacking victim speaks about gas station ambush
Delaware is ready to protect a woman's right to abortion
Show More
Philly typewriter shop helps preserve, restore the art
Philadelphia area July 4th fireworks list 2022
Where abortion stands nationally: State-by-state breakdown of laws
Tesla driver turns self in to police following fatal hit-and-run
NJ wineries battle rising cost of packaging, shipping wine
More TOP STORIES News