Kids Health Matters: Getting back in the game after scoliosis surgery 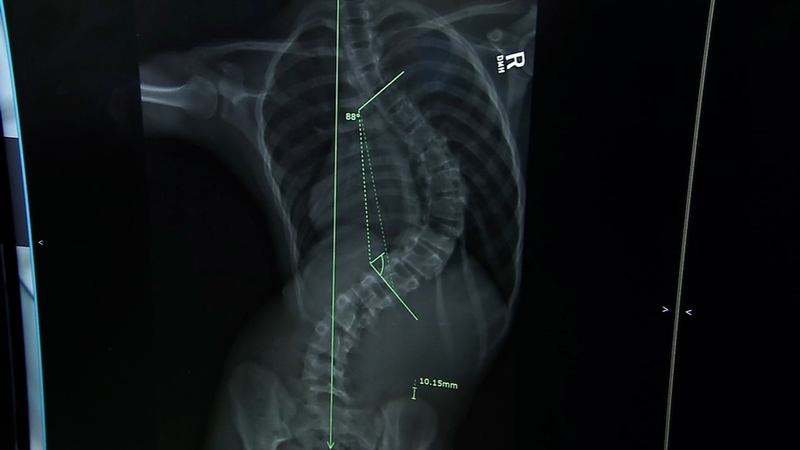 PHILADELPHIA (WPVI) -- Despite some setbacks, a young girl is back on her feet, doing what she loves and getting back in the game after surgery for scoliosis.

12-year-old Brynn Eyler is back in her element.

Brynn was out of action all summer, following surgery for scoliosis - curvature of the spine.

Dr. Suken Shah of Nemours duPont Hospital says the curve was about 15 or 20 degrees when it first appeared at age 4.

At first, it seemed to be working.

"Then she had another growth spurt 2 years later when she was nine and then it increased to where she had to wear it more frequently, up to 20 hours a day," said mom, Deanna Eyler.

Brynn was very self-conscious about braces.

"I thought people would think differently about me, but no one really noticed," she said.

"Her friends have treated it like it's not a big deal," added Deanna.

Life rolled along until the curve went to 57 degrees. That's when surgery entered the picture.

Dr. Shah says the same number of boys and girls develop scoliosis, but...

"It's almost 7 girls for every boy that ends up needing surgical procedure," he said.

By summer, the curve was even worse and started affecting Brynn's sports.

"My back would start hurting. And it caused me to not play as well," she said.

With a system of rods and anchors, Dr. Shah straightened the twist, without sacrificing her abilities.

"It's not in her lower back, and it's not in her upper back area. So it doesn't affect her mobility at all, which is absolutely amazing to me," said dad, Chad Eyler.

From the day after surgery, Brynn's been adjusting to new body mechanics.

"Initially, she struggled with just sitting. Her body was just completely readjusting to a position that it hadn't known before," said Chad.

Now, this gung-ho athlete is focused on getting back in the game - with one caveat.

"I can't slide until January. It's gonna be hard because I always slide," she said.