Children rushed into manhole for safety during Hawaii missile threat 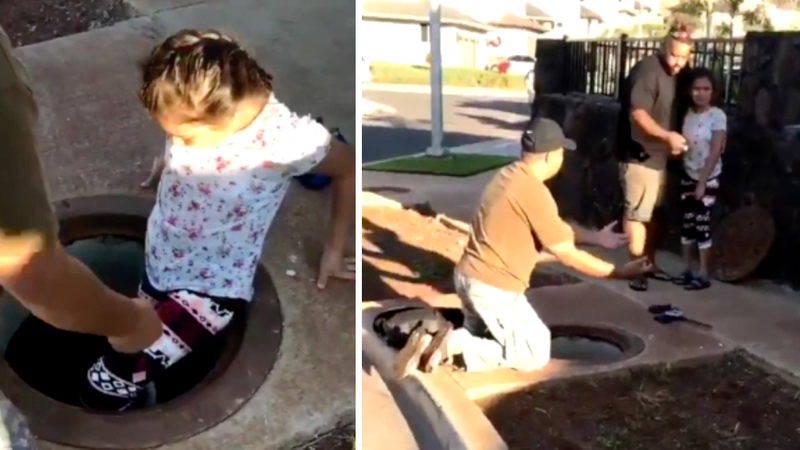 With just minutes to prepare for the worst, those in Hawaii did the best they could to brace themselves for the threat of an imminent missile impact.

Jarring footage posted to social media shows children being lowered into an open manhole for protection. In common areas of the University of Hawaii at Manoa, panicked students ran for cover.

Those on the road during the incident pulled onto the shoulder within the Nu'uanu Pali Tunnels, considered among the strongest on the island of Oahu, at the behest of the Emergency Alert System.

And all around the state, hotels and other businesses ushered customers into secure basement areas for maximum protection.

Nearly 40 minutes after the initial alert was sent, emergency officials sent a retraction in a followup email. Hawaii U.S. Sen. Brian Schatz tweeted the false alarm was "totally inexcusable" and was caused by human error.

"There needs to be tough and quick accountability and a fixed process," he wrote.

With the threat of missiles from North Korea in people's minds, the state reintroduced the Cold War-era warning siren tests last month that drew international attention. But there were problems there, too.

Even though the state says nearly 93 percent of the state's 386 sirens worked properly, 12 mistakenly played an ambulance siren. At the tourist mecca of Waikiki, the sirens were barely audible, prompting officials to add more sirens there and to reposition ones already in place.