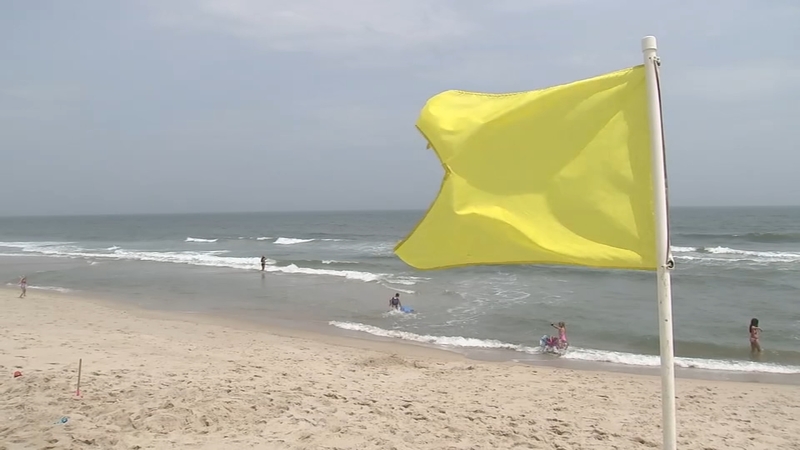 LONG BEACH ISLAND, New Jersey (WPVI) -- Many new homes on Long Beach Island are built elevated on the island after Superstorm Sandy, which means the homes are raised to avoid flooding like the kind people experienced 9 years ago.

While Tropical Storm Elsa is nowhere near as strong as Sandy, many people on the island are getting ready for potential flooding as a precaution.

On Thursday, Patrick Craig, the chief of Long Beach Island Beach Patrol, said the water has been calm. However, extra staff is in place for Friday as the storm is expected to move in.

"With the storm coming up, we're expecting bigger surf, more rips, more currents, more wind -- and usually when people come to the beach they want to see what the ocean looks like," said Craig. "People don't want to see an ocean that looks like a washing machine, and that's what we're expecting."

When a tropical storm, hurricane or other major weather event strikes, there are a number of things you should do to prepare.

The Action News data journalism team found 2,588 homeowners reported damage after Sandy. Kathy Roma said she experienced that damage firsthand when her garage flooded and she had to evacuate her home.

"When we walked in here, opened the garage door, all the water everything came out, and everything was floating," said Roma. "Everything that we owned in here was floating. We lost the refrigerator."

Since then, Roma has made adjustments, like lifting her fridge and bikes. The federal government has stepped in, too by creating new flood guidelines for new homes built on LBI.

"Based on FEMA guidelines, they don't expect the water to ever go above base flood elevation," said Chris Heins, the president of Shore Builders Group.

Many families Action News spoke with on the island said even though their garages have pillars raising their home, they still plan to move their cars to higher ground Thursday night just to be safe.