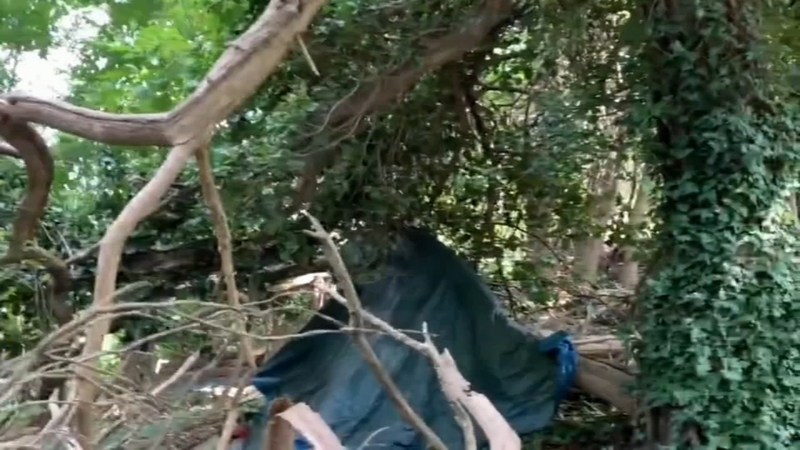 LOWER MERION, Pennsylvania (WPVI) -- Police in Lower Merion are telling people who are homeless to leave a trail area after they say one attacked another with a machete.

Many residents around Bala Cynwyd told Action News they are in shock to find out that there's a homeless encampment above the Cynwyd Heritage Trail and the Schuylkill River.

According to Lower Merion Township Police, 25-year-old Romeo Gagliardi attacked another homeless man with a machete, striking him several times in the head and ribs.

Gagliardi is homeless and currently living above the trail.

He was arraigned Wednesday on charges of aggravated assault, terroristic threats, possessing an instrument of crime, simple assault, recklessly endangering another person, and harassment.

One of the people in the encampment estimated there were some 40 homeless people living in tents along the Cynwyd Heritage Trail.