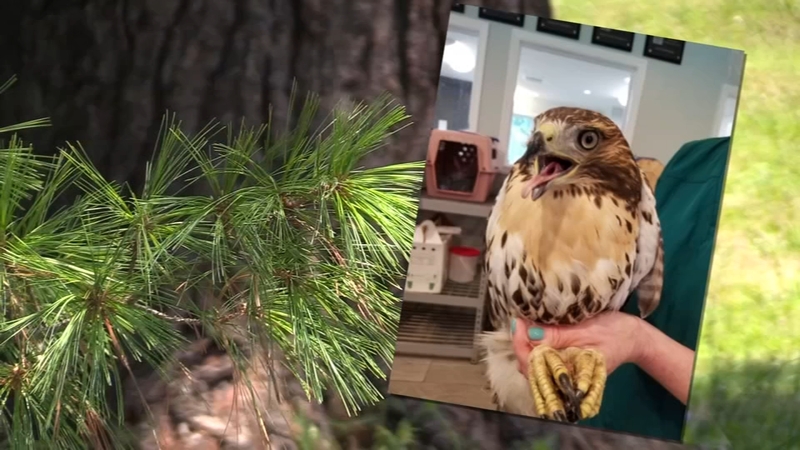 On Pleasant View Road in Lower Pottsgrove Township, where the sounds of cars driving by often masks the chirping from the trees, a scream got the attention of police, neighbors and the township manager.

"Right in between that telephone pole and that school zone is where the hawk was," said Ed Wagner, Pottsgrove Township manager.

The red-tailed hawk was a baby, separated from his mother and siblings, according to a wildlife rehabilitator.

"He tried to fly a couple times, he got about this high, flew five feet, and stopped," said Wagner.

But with a little teamwork, "We were able to pin it against the back of the porch area," of a nearby house, according to Wagner. "We threw the coat over the birds head and we put it in the box right in this location."

The Hawk now has a new home at Aark Wildlife Rehabilitation and Education Center in Chalfont.

"In the wild if you're overzealous and get ahead of yourself, you get yourself into trouble," said executive director Leah Stallings. "As he was hunting small things on the roadway, because that's easy, I now believe he was hit by the car."

"Sometimes we have to do the hard thing and bring them into captivity, even though captivity is stressful," she continued.

Once the red-tail is rehabilitated, he'll be moved to a bigger, outdoor cage where he'll be able to hone his flying skills before eventually being released into the wild, and maybe one day reunite with his siblings.