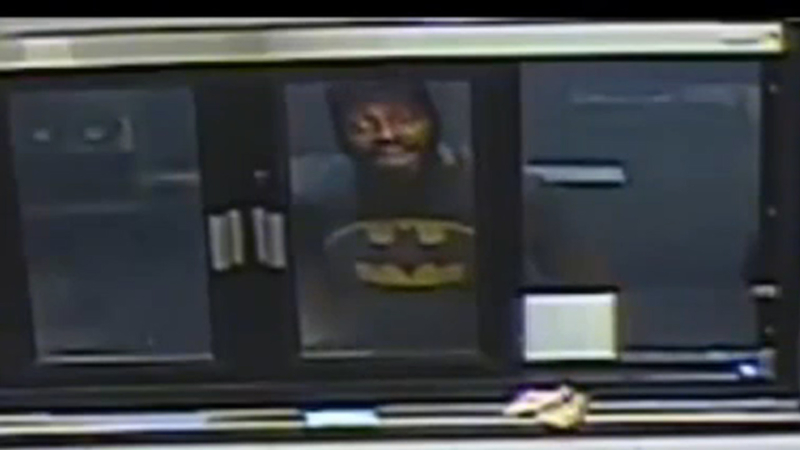 Suspect sought for assault at Wendy's in Hunting Park

HUNTING PARK (WPVI) -- Philadelphia police are looking for a man who attacked workers at a Wendy's drive-thru window.

The incident happened around 1:50 a.m. on August 6 at the restaurant at 2940 Fox Street in the Hunting Park section.

In surveillance video released Tuesday, the suspect is seen driving up to the window to place an order.

The video shows the man park his car and walk up to the drive-thru window. Police say he spit on one of the workers, who then lock the window.

That further enraged the man, who began to bang on the window. At one point, he is seen getting a large socket wrench and threatens to break the window.

After several minutes the man flees the area in an unknown direction.

The suspect is described as a black male in his late 20's to early 30's. He has a beard, thin hair, and what police described as an "athletic build."

He was wearing a dark-colored t-shirt with the Batman logo on the front and dark shorts. He was driving an older model silver Buick sedan.