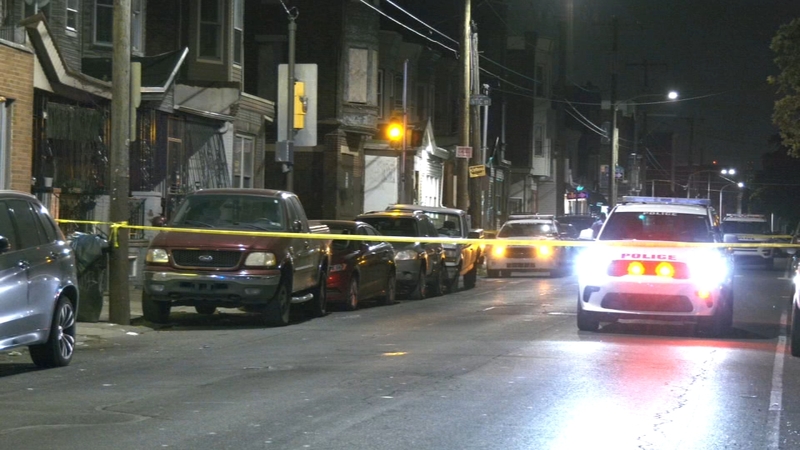 PHILADELPHIA (WPVI) -- A 23-year-old man walking his dog was shot and killed in the Port Richmond section of Philadelphia, police say.

It happened around 11:30 p.m. Tuesday on the 3500 block of Frankford Avenue near East Atlantic Street.

Police responded to the scene and found the shooting victim lying on the sidewalk.

Police have identified the victim as Markeem McLeod of Philadelphia. Neighbors told police he was known to frequent this area.

"When police found him, the victim was still holding onto a leash that had a dog attached," Small said.

McLeod was taken by medics to Temple University Hospital where he was pronounced dead a short time later.

Investigators said McLeod was walking his dog when he was approached by two men.

They fired at least 36 shots.

The male suspects fled the scene in a red car, police said.

Small said a bullet went through a third-floor window of a nearby boarding home, lodging into a door. No one inside the home was struck.