WPVI
MANAYUNK (WPVI) -- Drenching rains from Monday's storm and those coming Tuesday have some residents in Manayunk on edge.

They're concerned rising waters in the nearby creeks and river could drastically impact those along Main Street.

Overnight floodwaters shut down about a block of Kelly Drive between Ferry Road and Midvale Avenue in East Falls. A barrier was up to block traffic, but a car went through it, smashing the barrier into pieces on the roadway.

Police cruiser now parked along Kelly Dr and Ferry rd after drivers plowed through a barrier that was put up overnight because of flooding on the road. Hopefully, this will stop people who insist on ignoring the closures. @6abc pic.twitter.com/ddYXobyzz1

Trash and debris could be seen flowing down the river near Boathouse Row.

VIDEO: Basketball, balloons and bottles are just some of the debris we found in the Schuylkill River near Boathouse Row. A ton of trash is flowing down the river and gathering here after heavy rainfall the last couple of days. @6abc pic.twitter.com/qCP4p9FoCm

"If the street floods it impacts everybody," said Manayunk Development Corporation President Brendan McGrew. "It's not just that single business that's impacted we're such a small, local community."

The Isle Apartments sit between the canal and the Schuylkill River. Management told residents to move their cars to higher ground Monday evening.

"About 5:45 p.m., they said the river would crest tonight so we needed to move our car," said resident Joy Golicz. "But I have nowhere else to put it."

The National Weather Service said the Schuylkill River was expected to crest at 11.3 feet sometime from Monday evening to late Tuesday night.

In October 2005, the river crested at 12.1 feet, flooding Main Street in the area of Shurs Lane. 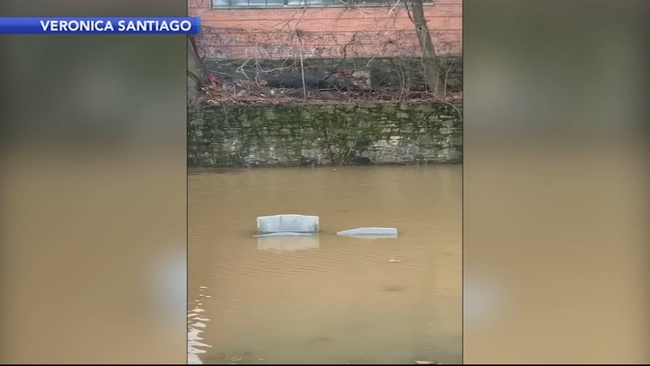 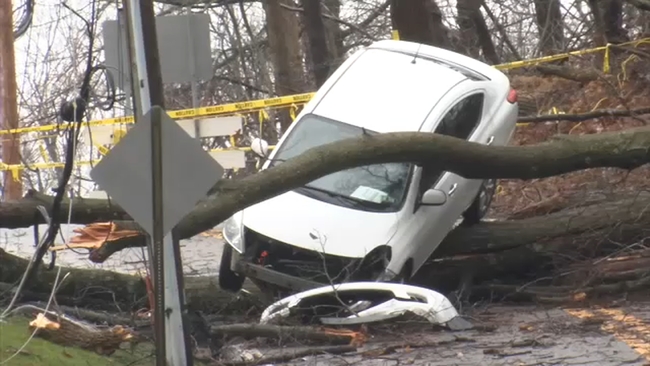