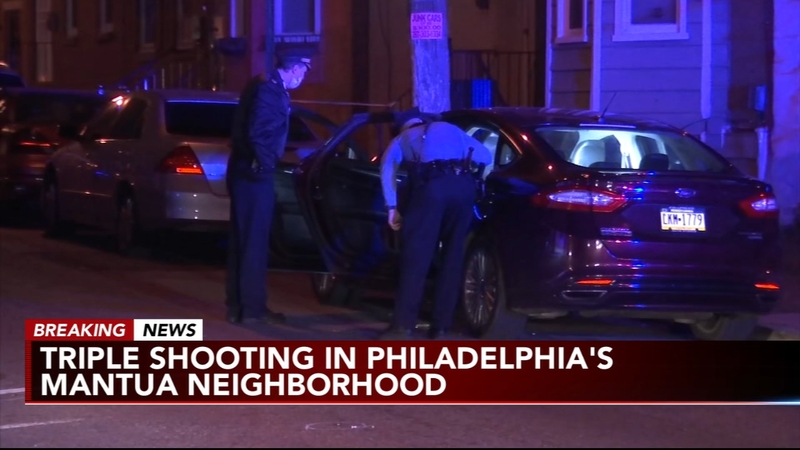 PHILADELPHIA (WPVI) -- Three people are in critical condition after suspects fired several rounds into a car in the Mantua section of Philadelphia, police said.

It happened around 11:30 p.m. Tuesday at the corner of 38th and Wallace streets.

Police said a man and two women inside the car were struck several times.

Police recovered shell casings from both a rifle and a handgun at the scene.

Witnesses tell police they saw a light-colored vehicle pull up next to the victims' car and the shooters opened fire.

Police are checking surveillance cameras for leads on the gunmen.