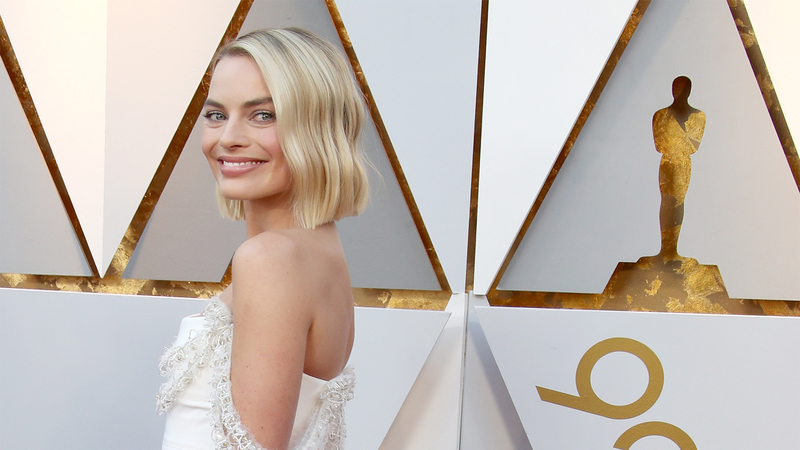 Margot Robbie returns to the Oscars

LOS ANGELES -- Actress Margot Robbie returns to the Academy Awards with another nomination, this time for her performance in "Bombshell."

Robbie gave a stellar performance as Kayla in the film, which centered around the sexual harassment scandal at Fox News. The young, ambitious character is supposedly an amalgamation of several employees who reported harassment upon leaving the company.

To accurately portray these alleged experiences, Robbie had to act in multiple cringe-worthy scenes.


"It's uncomfortable and I think it's important to not let the audience off the hook. To have them stay in the room with Kayla," Robbie said of her extended scenes opposite John Lithgow, who played Roger Ailes.

The actress went on to say that these scenes, though uncomfortable, were a very "powerful" choice made by director Jay Roach.

Robbie also starred in the 10-time Oscar nominee "Once Upon a Time in Hollywood" as budding actress Sharon Tate, who was a victim of the Manson family murders.

However, the 92nd Academy Awards aren't the only thing on the actress' mind this weekend. Her new "Suicide Squad" spin-off, "Birds of Prey," released in theaters on Friday.

Robbie not only reprised her role as the beloved Harley Quinn, but produced the film as well.

The Academy Award-nominated actress loved the range of emotion playing Harley Quinn afforded her: "She can be vulnerable. She can be cocky. She can be making terrible decisions and doing ridiculous, crazy things...But she's very smart."

Robbie was previously nominated for best actress in 2018 for her portrayal of Tonya Harding in "I, Tonya," but this would be her first career win. Now, the actress is ready to return to the Oscars' red carpet and has had her outfit planned for a while.

While she couldn't give too much away, Robbie revealed that she will keep up her tradition of having a team of people work on "beautifying" her as she sips on a glass of champagne.