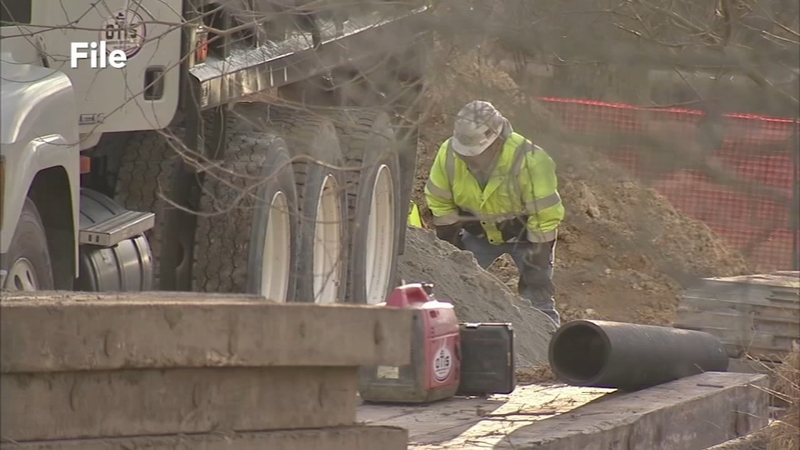 WEST CHESTER, Pennsylvania (WPVI) -- Neighbors who live along the Mariner East Pipeline have possibly their last chance to stop the project. The Public Utility Commission is holding hearings Wednesday and Thursday for people who filed complaints.

"My children and myself spend 24 hours a day, seven days a week between home and school in blast zones," said Rebecca Britton, one of the plaintiffs.

Her Uwchland, Chester County backyard is 50 feet from the pipeline.

"We're going to a forum where we're asked not to show emotion, but I can't imagine something more emotional than my children's safety," said Britton.

She filed a complaint with the PUC earlier this year, now she's part of a group who is trying to convince a judge the project is dangerous.

Also in attendance were Chester County Commissioners, who noted that the project has been plagued with delays and hazards.

"Sunoco Logistics has really turned out to be a very difficult and obstreperous partner in this construction," said Michelle Kichline, the chair of the commissioners.

The pipeline has been shut down three times since it began construction in 2017, including once for sinkholes.

The judge who decided to stop the project then is the same one presiding over the two-day hearing.