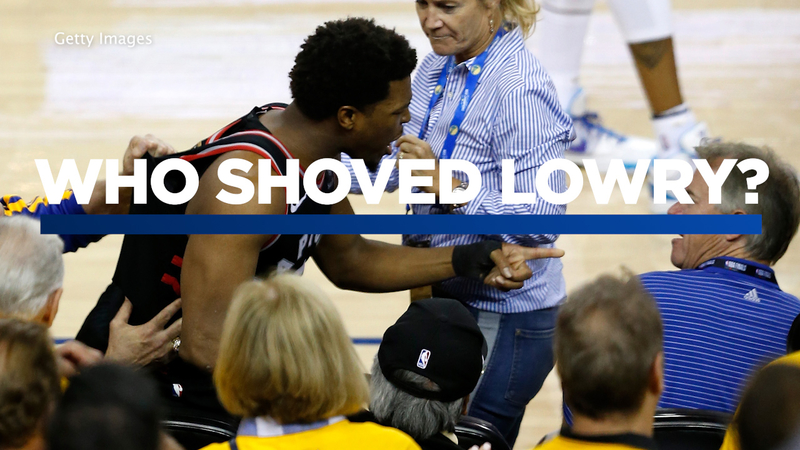 SAN FRANCISCO -- The man who shoved Kyle Lowry in game 3 of the NBA Finals game on Wednesday night in Oakland between the Golden State Warriors and the Toronto Raptors has been identified as Mark A. Stevens.

The 59-year-old lives in Atherton and is a venture capitalist billionaire with S-Cubed Capital, a startup investment firm based in Menlo Park.

According to a report from ESPN in 2013, the Warriors announced that Stevens had purchased a stake in the franchise then worth around $800 million.

In a press release announcing Stevens' equity purchase, Co-Executive Chairman Joe Lacob said, "Mark will prove to be a tremendous asset to our organization as we strive to become one of the model franchises in professional sports,"

On Thursday morning the Warriors announced Stevens "will not be in attendance at any of the remaining games of the 2019 NBA Finals."