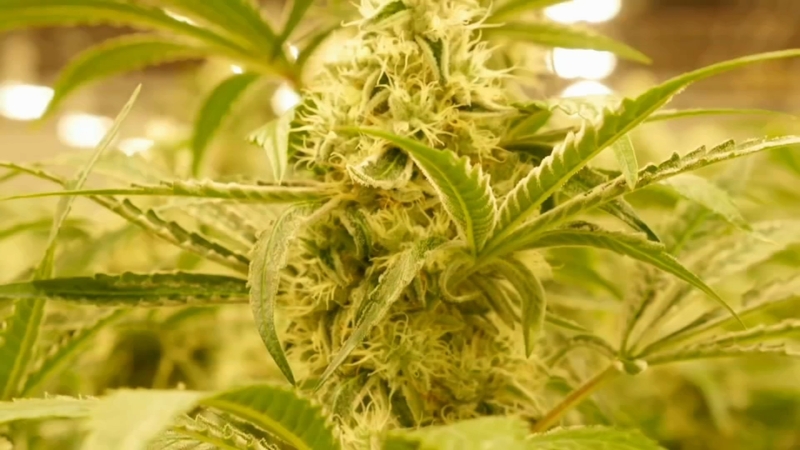 Researchers explore the link between medical marijuana and weight loss

Medical marijuana is legal in Pennsylvania, New Jersey and Delaware, and it is being prescribed for an ever-expanding number of illnesses. Many people who take it are also noticing an obvious side effect: they're losing weight.

Justin Kambouroglou is in incredible shape but it's been a journey. Several years ago, through diet and exercise, he lost 100 pounds and while he was happy with his results, he still wasn't feeling great. Back pain due to an old football injury kept him up at night.

"I would just toss and turn and eventually I would sit up and be like, forget it, no sleep tonight," he said.
He didn't want to try pain pills or sleeping aids, so a doctor prescribed medical marijuana, directed to take just a tiny bit of oil mixed into food at bedtime. He says it worked right away.

Over the next six months, he continued to get better sleep, and he noticed another benefit: he was becoming even leaner.

"I went down 2% body fat to about 7, 8 which is extremely hard when you're very lean to get down that much in that short amount of time," Kambouroglou said.

Doctor Charlie Seltzer , a weight-loss specialist in Philadelphia says this effect has been documented in several large medical studies, showing regular marijuana use is associated with lower body mass index, smaller waist circumference and decreased risk for diabetes. So while you may think of the munchies and weight gain with pot, research shows the opposite.

He says one reason is because it helps some people stop stress-eating or drinking.

"If you take the average person who's stressed, maybe has some anxiety, comes home from work drinks 3 or 4 drinks, loses inhibitions to stay on whatever diet he might be on, goes and eats 300, 400 calories and does that consistently, that person is going to gain weight," Seltzer said, adding that if medicinal marijuana breaks that cycle, that same person will eat fewer calories and lose weight.
Still, Seltzer says this is not a silver bullet for weight loss. It can't be prescribed for weight loss and it's not something he would recommend for everyone.

"I'm not telling somebody who doesn't have any vices to go out and start getting high. But if you are self-medicating with something that is not going to be good for your health, then I think it's worth the trial," he said.

Critics such as Sharon Engdahl of American Mental Wellness Association caution we just don't know enough about the long-term effects of marijuana.

"And with a trillion pathways in your brain, taking something you don't know what's going to happen to you which is connected to the central nervous system is really a risk," she said.

For Justin, he says better sleep made all the difference but as with any drug, he knows you have to take it only as directed.

Again, in order to get medical marijuana, you have to have one of the approved diagnoses. It can not be used solely for weight loss and some recent studies show it may not help with mental health problems such as anxiety.

Also, for the time being, Doctor Seltzer is telling any of his patients who already use medical marijuana to consume it in food and not to vape, given current concerns.
Report a correction or typo
Related topics:
health & fitnesshealthcheckmarijuana
Copyright © 2022 WPVI-TV. All Rights Reserved.
TOP STORIES
Fire on roof sends smoke billowing over Center City
5 hospitalized after car crashes into utility pole in Montco
After the omicron wave, what's next for the COVID pandemic?
Police investigate 2 deadly hit-and-run crashes in Philly
Car crash sends vehicle into side of home in Lawndale
CDC warns about counterfeit N95, KN95 masks
AccuWeather: Feeling Better Today
Show More
Car flips over guardrail, lands in woods in Haddon Township
Police: Man shot, killed in Philadelphia's East Falls section
All 100 lab monkeys accounted for after several escape crash
Montco health department ties 10 hepatitis A cases back to restaurant
Arnold Schwarzenegger involved in multi-vehicle crash
More TOP STORIES News