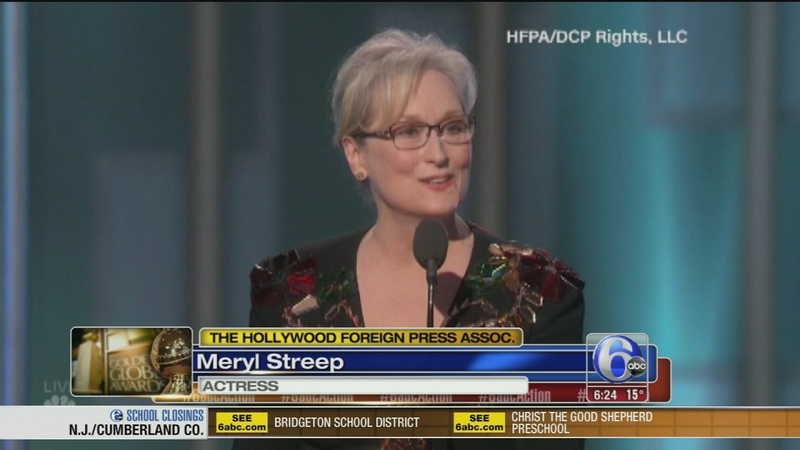 BEVERLY HILLS, Calif. -- Meryl Streep quickly turned the spotlight away from herself and onto President-elect Donald Trump while accepting a lifetime achievement award at the Golden Globes.

Without mentioning Trump by name, Streep on Sunday night called out the Republican's "performance" on the campaign trail in which he flailed his arms and appeared to mock a disabled New York Times reporter. She said Trump's actions "kind of broke my heart."

Without seeing Streep's remarks, Trump defended himself to the Times, saying he "did no such thing." He explained that he "was calling into question a reporter who had gotten nervous because he had changed his story."

Meryl Streep, one of the most over-rated actresses in Hollywood, doesn't know me but attacked last night at the Golden Globes. She is a.....

Hillary flunky who lost big. For the 100th time, I never "mocked" a disabled reporter (would never do that) but simply showed him.......

"groveling" when he totally changed a 16 year old story that he had written in order to make me look bad. Just more very dishonest media!

Streep's remarks drew a backlash from some Trump conservatives, even from Trump critic Meghan McCain, who tweeted that Streep's speech was "why Trump won."