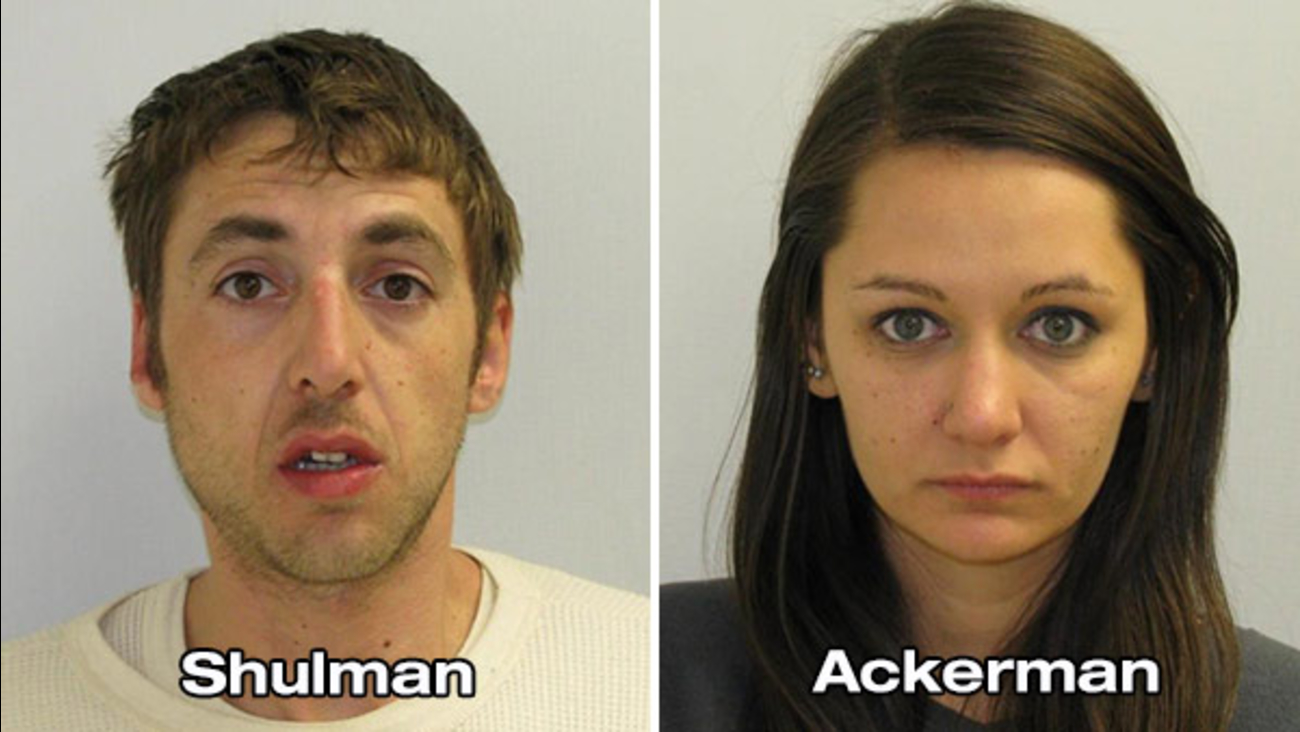 WPVI
BORDENTOWN (WPVI) -- A man and a woman were arrested after police discovered a makeshift methamphetamine lab inside a Bordentown, New Jersey hotel room.

32 year-old Benjamin Shulman and 29 year-old Dana Ackerman have been charged with several counts of drug possession.

Police say they smelled marijuana coming from one of the rooms at the Econo Lodge Sunday night.

They also found evidence of meth production including chemicals, a scale, glass pipe and empty vials.

A small amount of heroin and marijuana was also recovered.

Police say the pair intended to distribute the drugs.