Student who grew up homeless set to graduate college with honors 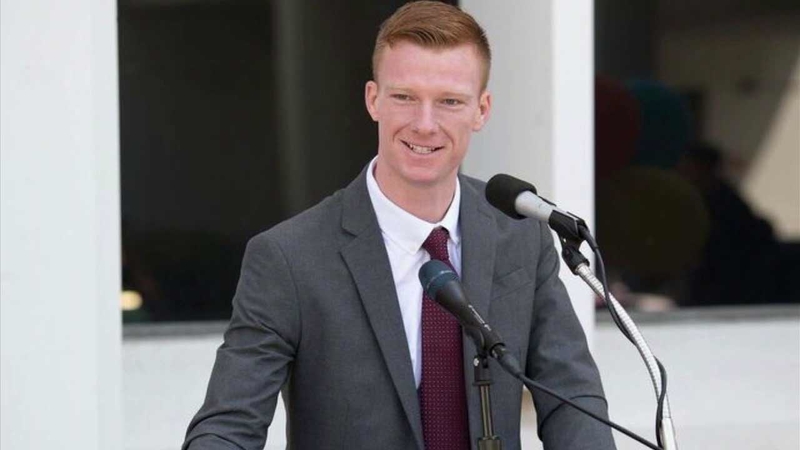 Montclair student who grew up homeless to graduate college with honors

POMONA, Calif. -- A student who grew up homeless overcame many challenges to graduate from college with honors.

Such was the life for Hamlin, the Montclair, California student who grew up living on the streets.

"I remember my family and I always looking for somewhere to sleep," Hamlin said.

Hamlin said his family would sometimes move trash cans from the bins and sleep there.

But it wasn't just finding a place to eat or sleep at night. His parents were alcoholics.

"They would just bicker at each other and argue," he said. "Since we were in a car, it was a small spot, so we were forced to stay up and listen to it."

Then when his mom showed up drunk one day to pick the boys up from middle school, the county put them in foster care.

"Our first placement was in Fontana," Hamlin recalled.

Two months later, Hamlin got word that his mother was dead.

"Not very many kids have their parents pass away addicted to drug use, so my brothers and I, we just cried," he said.

But that's when a high school teacher introduced Hamlin to track.

"The more we ran, the better my grades were," he said.

That was more than 10 years ago. Now, Hamlin is days away from graduation at Cal Poly Pomona. He says somewhere out there, his mother is watching.

"She'd be so proud. I don't think there would be anyone prouder than her," he said.

Hamlin has come a long way. Statistics show that only 3 percent of foster kids graduate from college.

"I had to put in the hard work to keep my grades up, and they have been," he said.

He plans to go for his doctorate at some point. For now, he just hopes to inspire other students who may be struggling themselves.