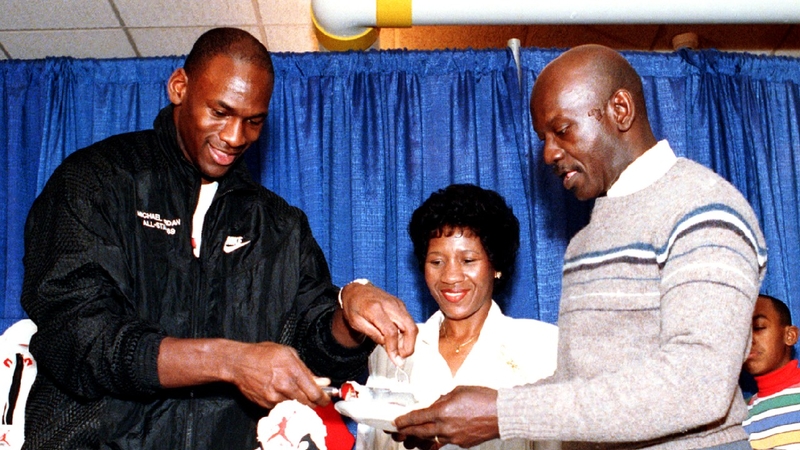 LUMBERTON, N.C. -- A new documentary is casting doubt about one of the men convicted in the killing of Michael Jordan's father.

James Jordan was shot and killed July 23, 1993--at the height of his son's international stardom.

Two childhood friends, Daniel Green and Larry Demery, were arrested in the crime. They said they found Jordan sleeping in his red Lexus on the side of Highway 74 south of Lumberton.

During the trial, Demery testified that they were going to tie up Jordan and steal his car, but then Green shot and killed him--a claim Green has vehemently denied. Both men were convicted of first-degree murder and sentenced to life in prison. However, Demery has been approved for parole and could be released as soon as 2023.

The five-part series Moment of Truth--which will air on IMDBTV starting Friday, April 2--re-examines all the evidence in the case.

That re-examining includes rarely seen crime scene photos, never-before-heard audio tapes from the murder trial, and interviews with key players in the story.

"This is the first time that in many ways, audiences will be able to see the complete story surrounding this murder," producer Matthew Perniciaro said.

Moment of Truth is said to cast doubt on some of what we previously thought we knew about the case.

In an exclusive preview given to ABC News, Green again states that he did not kill Jordan. He said he got involved to help protect his friend.