Michael Strahan reveals he didn't close his tooth gap after all: 'April Fools!'

ABCNews
By Megan Stone via GMA 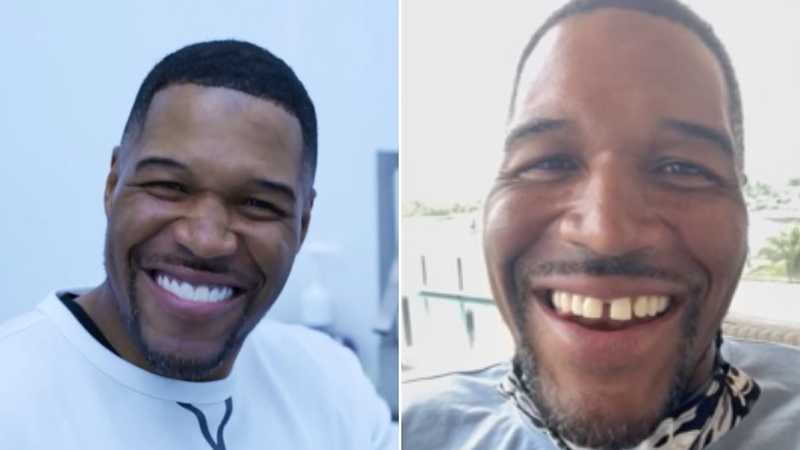 Michael Strahan reveals he didn't close his tooth gap after all: 'April Fools!'

The former NFL star ignited concern from his fanbase earlier this week when he suddenly announced that he was closing the gap between his two front teeth. The decision whipped fans into a frenzy, who pleaded with Strahan to reconsider.

The athlete appeared unfazed by the petitions and even went as far as sharing a video supposedly showing the gap-closing procedure being done -- but, the truth came out on Thursday.

The media personality confirmed it was all an elaborate April Fools' Day prank.

Strahan made the big reveal in one final "#GoodbyeGap" update to thank fans for their support, which began with him sitting outside while wearing a face mask.

"I appreciate all the comments. I was surprised, to be honest with you, at how many people were like,'No, don't get rid of the gap! It's your signature,'" the 49-year-old started off. "I didn't know so many people cared."

The former New York Giants defensive end continued, "I appreciate all the love for the gap and I've had it for almost 50 years now. .. I know it was a shocker to see it gone!"

He closed out with some final words of wisdom to followers, stating, "Be you. Live the way you wanna live. Do what makes you happy, because I did and I am happy that I did it."

Then, after triumphantly pulling down his mask, he declared with a laugh, "April Fools! Come on, man! The gap is here to stay!"