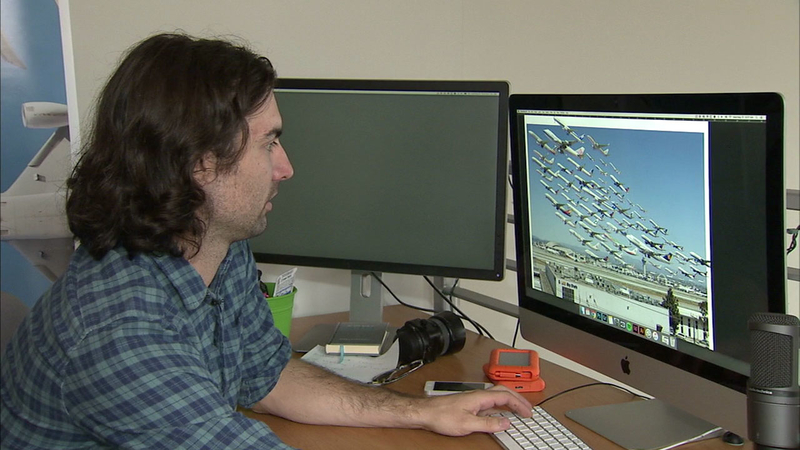 LOS ANGELES (WPVI) -- An artist made Los Angeles International Airport - the nation's second busiest airport - the subject of a photograph that went viral on social media.

"I've always been an aviation geek. Even before this was a thing, I would go to LAX and hang out and just watch planes for fun," Mike Kelley said.

An architectural photographer by trade, Kelley had experience with composite works, using multiple photographs layered on top of another - and that's when genius struck.

"I kind of had the idea - what if I applied this to an airport and captured an entire day's worth of planes taking off?" he said.

It took hours to put all the planes into a single image. But the result, which was intended to just be a practice run, became a hit.

"It just went crazy viral. I mean every continent, there was a country with a newspaper running a story on it," he said.

From there, Kelley visited areas around the globe. Now his photos range from cows grazing under Zurich Airport in Switzerland to horses seemingly just feet below planes taking off at London's Heathrow Airport.

"To get one photo can take as long as two weeks, waiting for the weather, the wind, all the right aircrafts and everything. So it's quite an endeavor," Kelley said.