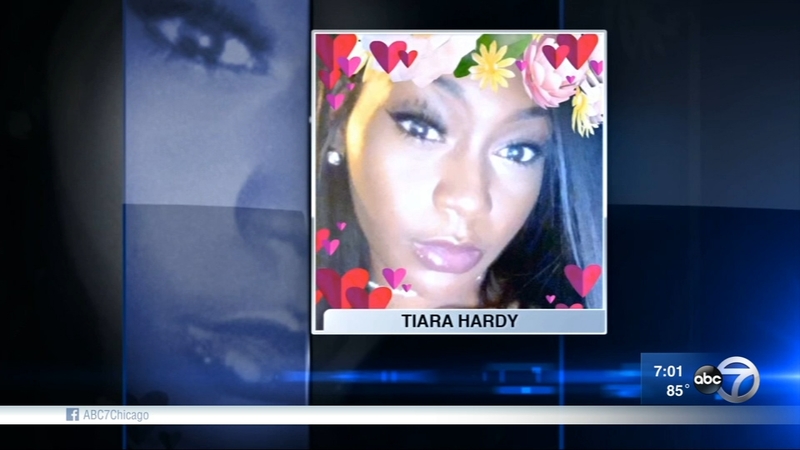 GARY, Ind. -- The Lake County coroner confirmed Tuesday night that the body of a 24-year-old Merrillville woman who went missing in Lake Michigan near Miller Beach in Gary, Indiana, was recovered.

The Lake County Sheriff's Marine Unit said their rescue teams located the body in the water about 150 yards from the shore at approximately 5:33 p.m. Tuesday. The body was found a quarter mile west of Marquette Park. The coroner confirmed it was Tiara Hardy shortly after 9 p.m.

Crews searched throughout Tuesday. Around sunrise, her friends and family arrived at the beach to also search for her.

Arnold Hardy, her father, came to the shores with a Bible and waded in the water.

"I walked out into the water to let her know that her daddy is out here with her, whether they find her today or not. I'll sit in that water so she can feel me with her," said Hardy, who called his daughter a "daddy's girl."

Heartbreaking! A father searching for his missing daughter in #LakeMichigan #MillerBeach 24 yo Tiara Hardy was struggling in the water last night and was swept away. @ABC7Chicago pic.twitter.com/rjxUS8X0JC

Arnold Hardy waded in Lake Michigan near Miller Beach in Gary, Indiana, as crews searched for his daughter Tiara Hardy who went missing the day before while swimming with friends.

Tiara Hardy has been missing since about 7:30 p.m. Monday when she was swimming with friends at Marquette Beach, located off Oak Avenue.

She was last seen wearing gray shorts and a red top, police said.

An Indiana Department of Natural Resources spokesperson said she was swept out into the lake by rough water conditions. Her two friends made it to shore and were not injured.

Various other emergency response units, including the U.S. Coast Guard, were called to assist in the search, but officials called off the search after several hours Monday due to hazardous water conditions and darkness.

A beach hazard statement had been issued by the National Weather Service when the incident happened, said Tyler Brock, of the IDNR.

The search for missing swimmer Tiara Hardy, 24, continued off the shores of Miller Beach in Gary, Indiana.

Authorities searched by boat, helicopter, ATV and via drone. They focused on the area where she went missing, but believed the currents could have dragged her further away.

Madry said he was at the same beach with Hardy just a few days ago and that they came to the Marquette Park Beach all the time. He said she can swim, but that she wasn't a strong swimmer.

Gary Mayor Karen Freeman-Wilson visited the family on the beach to check in on the search. Arnold Hardy appealed to her for more crews to search for his daughter.

"There should be more people out here searching for my daughter," Hardy said.

Lifeguards are no longer on duty at the beach after 6 p.m., more than an hour before Tiara Hardy went missing.