Flyers of 59-year-old Kim Ezell, also known as 'Darlene,' were posted around North Philadelphia by her children.
WPVI
By Katie Katro and 6abc Digital Staff 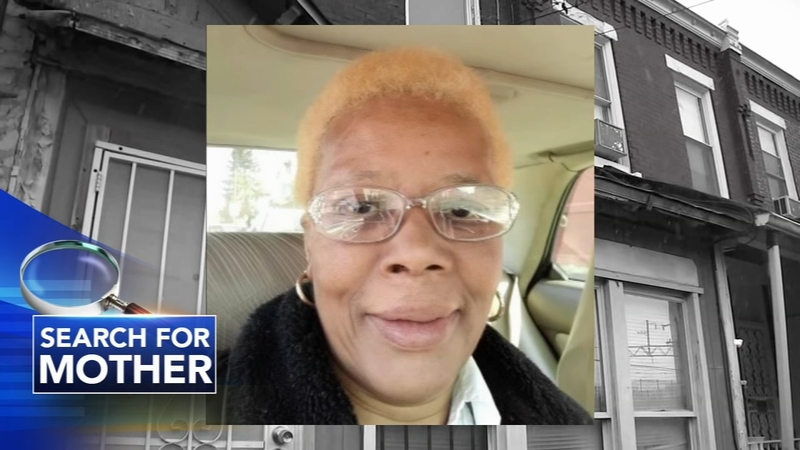 PHILADELPHIA (WPVI) -- It's been over two weeks since Kim Ezell was last seen, according to Philadelphia police. Her children are pleading for the public's help to find their mother.

"How could somebody just vanish like that without a trace?" asked Jameelah Ezell, her daughter.

Flyers of 59-year-old Kim Ezell, also known as 'Darlene,' were posted around North Philadelphia by her children. Police said she was last seen on January 5, the same day her roommate was murdered.

"He had no clothes on, and he was dead with a shot in the head and no trace of my mom at all," said Jameelah Ezell.

Ezell says she broke into her mom's house that day on the 1700 block of West Allegheny Avenue after her mom wasn't answering any phone calls.

That's where she made the horrifying discovery.

Her mom's 77-year -old roommate was shot and killed around noon.

She called police, and now the search is on for where her mom is.

Philadelphia police have arrested 31-year-old Walter M. Heard in connection to the homicide. He's charged with murder and related offenses.

Her children say he's also the son of the landlord, who their mom is renting from.

"It's hard waking up every day and not knowing," said Jamar Ezell, her son. "I miss her a lot."

Community members have pictures in their stores, hoping someone knows something.

"He was just a wonderful person. She would come here like help out people if she had extra money," said Eric Taing, from North Philadelphia.

Police have listed Ezell as a missing endangered person.

If you have any information on where she could be, Northwest detectives want to hear from you.