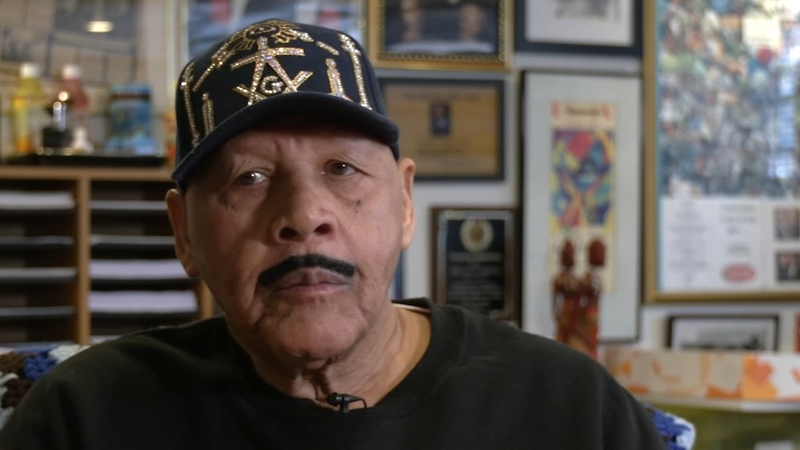 "I will never forget those days," he said. "There was a lot of, a lot of sorrow."

Birts, who was a civil rights activist working alongside Jesse Jackson, was preparing to move his menswear store from Camden to the newly-formed Progress Plaza Shopping Center in North Philadelphia on April 4, 1968.

Birts had done fundraising for Dr. King and was shocked that he was suddenly gone.

"Dr. King was an orator that people responded to," Birts said of King's charisma.

It was what drew so many people to Dr. King's funeral service in Atlanta, where Birts was also in attendance with too many people for him to count.

"Shocked at the turnout," he said. "You couldn't move."

Birts, though, can be seen among the crowd, walking alongside Sammy Davis, Jr. and Eartha Kitt. He also was close enough to the family to have been chosen to pick up King's father from the airport.

"He said, 'son... we've got to stick together,'" Birts recalls of the conversation.

The somber anniversary is a time for Birts to reflect. For others, it's a time to recommit to the mission that Dr. King set forth.

"To recognize the history of this moment and to recommit ourselves to the mission," said Pennsylvania State Senator Vincent Hughes (D - 7th District).

Political and community leaders took the day to reinforce their fight for justice. The battle they're fighting now is for equality in education funding.

"This state has one of the most discriminatory fundings of education in the nation," said Hughes.

Urban League of Philadelphia President Andrea Custis echoed that sentiment, calling on state leaders to be transparent with the funding they've received from the federal government during COVID and use some of those funds for education.

"When I look at what Dr. King has embodied and what he stands for, we do that every day," said Custis.

"It keeps me going," he said. "I think of what he went through and what he sacrificed."

He knows there's still a lot of work ahead, some of which he's addressing with his non-profit, the Ducky Birts Foundation. It focuses on educating young people and continuing one of Dr. King's missions which Birts says he and Sullivan inspired: economic empowerment.

The group's upcoming scholarship banquet is on April 23 at noon at Santerian Hall in Cheltenham. With his foundation, he hopes to help carry on the legacy of Dr. King.