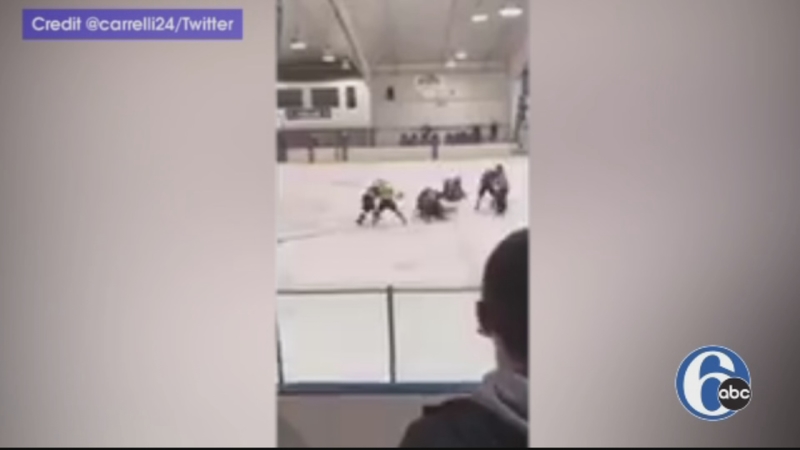 At a preliminary hearing Tuesday, prosecutors alleged it was a planned attack during the Ridley High School players' final game in March.

Defense attorneys argued that fighting is just a part of the game.

Ridley was losing 7-1 to Central Bucks West with seven minutes to go in a tournament quarterfinal game when the brawl started.

A brawl broke out during a high school hockey game at the Hatfield Ice Arena in Montgomery County, sending one person to the hospital.

Prosecutors allege the five seniors knew that since it was likely their last game they couldn't be suspended for fighting, so they took out their frustrations on CB West players.

Three CB West players were injured, including one with a broken nose and a broken bone around his eye.

An arraignment is set for Jan. 17.