"Smile" is at the Bucks County Playhouse in New Hope this Saturday and Sunday, February 19th and 20th.
WPVI
By Alicia Vitarelli 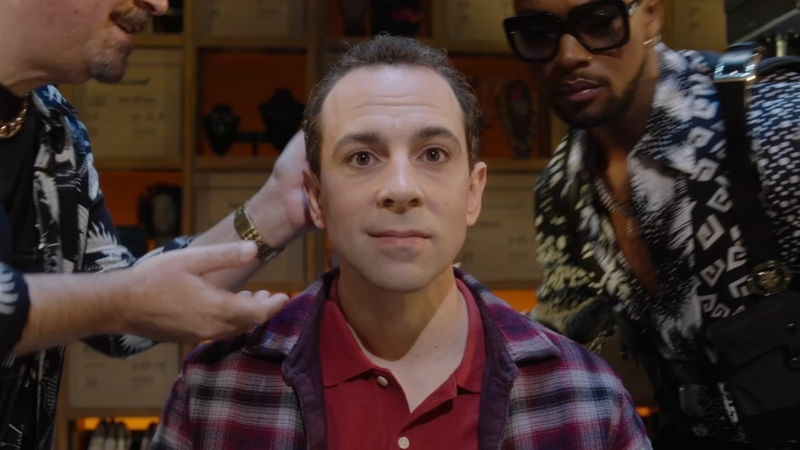 While the cast waits to reopen, the show's star is putting on a one-man show this weekend at the Bucks County Playhouse. It's called "Smile."

Rob McClure has performed it all over the world and now he's thrilled to be bringing it closer to his new home.

McClure may work on Broadway, but he now lives in Philadelphia, his wife Maggie's hometown.

She's also a stage star and they're now raising their young daughter here on East Passyunk.

McClure is a Tony award nominated actor, starring in shows like "Avenue Q," "Chaplin," "Beetlejuice" and now, as the title role of "Mrs. Doubtfire."

He explains that "Smile" is a nod to Chaplin and his own personal optimism.

"My wife may join me on stage here," McClure said. "Maybe some 'Avenue Q' puppets will make an appearance. It's a good time. I celebrate all of the very unconventional influences that have gone into my 20-year career, and it's been it's fun. There's some 'Chaplin' stuff in there. I got a Tony nomination playing Charlie Chaplin. I'm sure 'Mrs. Doubtfire' will show up at some point."

"Mrs. Doubtfire" returns to Broadway on March 15th. If you're a fan of the film, he says it's extra magical on stage, especially his quick change.

"You know when you're watching the movie, when Robin Williams runs in the other room and comes back 18 seconds later as Mrs. Doubtfire? You know that they yelled, 'Cut' and he went into a trailer for five hours and changed," McClure explains. "I've got seconds. I've got 18 seconds and the audience knows I have 18 seconds. So the stakes feel so high because it's happening live. The magic of it happening right in front of you is part of the thrill."

"Smile" is at the Bucks County Playhouse in New Hope this Saturday and Sunday, February 19th and 20th.