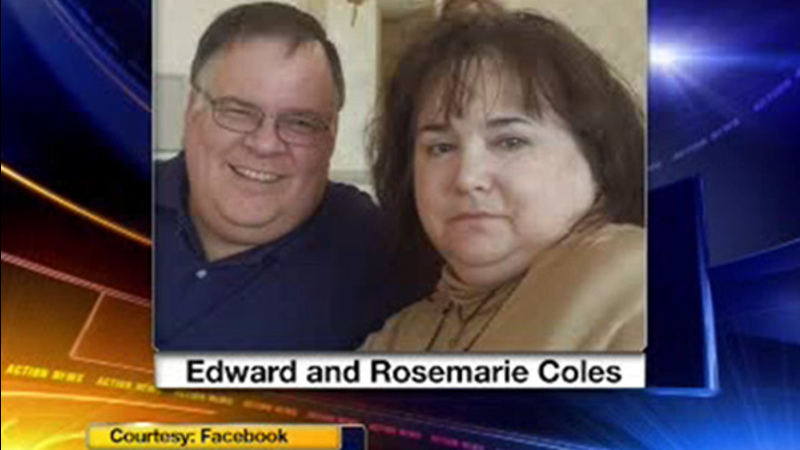 28-year-old Ryan Coles has been charged with killing his parents, 58-year-old Edward Coles, Jr. and his wife, 55-year-old Rosemarie Coles.

Sources tell Action News Ryan Coles may have used a chair to beat his parents to death.

The official cause of death has been ruled blunt head trauma.

A relative found the couple's bodies in their home on Pennfield Drive before 11:30 a.m. Friday after he was unable to reach them by telephone Thursday night.

Ryan Coles, who police say lived with his parents, was at the home when police arrived.

He was arrested and charged with murder. Bail was set at $1 million.

As police spent the day processing evidence, neighbors recalled their recent interactions with the man now accused of murder.

"He seemed a little detached, depressed," said neighbor John Ferencsik. "We didn't really know that, just know the impression I had was he was a little bit off."

"It's been rough," said Edward Coles' cousin, Lauralee Houghton. "I've been in contact with his father, my great uncle. We're all in shock."

Ed Coles worked at Coles Music Service in Sewell, N.J., a company he started then sold to Houghton, who remembers him fondly.

"Ed was the one who lightened the mood," she said. "He was cracking jokes, happy."

A Facebook post shows a seemingly happy trip to a Phillies games for the father and son.

But sources say Ryan Coles struggled with mental illness, which led to several police calls to the home but no arrests.

Neighbor Mike Mustac keeps thinking of the first time he met Ryan Coles 20 years ago as the then-8-year-old boy returned Mustac's identification he had dropped on the street.

"How did you go from that nice boy on a bike doing me a huge favor to this? It's mind boggling," he said.