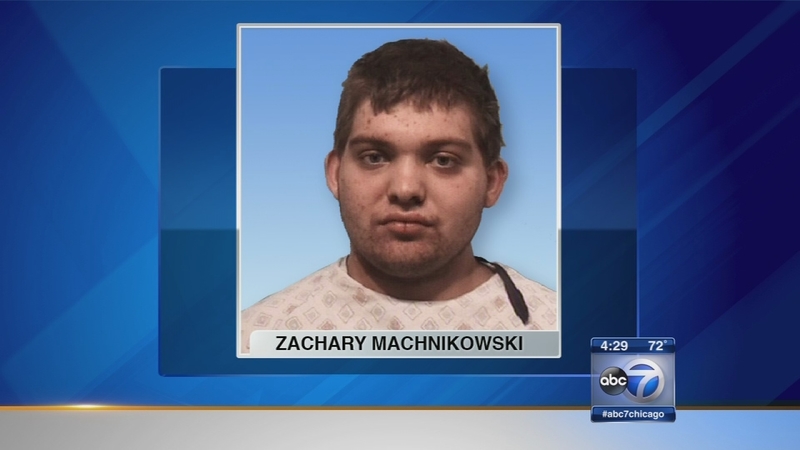 NAPERVILLE, Ill. -- A teenager is accused of stabbing the parents of a girl who allegedly made comments about his looks at a party.

Machnikowski is accused of breaking into the home in the 900-block of Iroquois in west suburban Naperville early Tuesday morning. DuPage County officials said he took a large knife from the kitchen and used it to stab the couple as they slept in an upstairs bedroom.

"It's hard to believe anybody could get angry enough to stab someone. Perhaps he has problems," Gloria Bradley said.

The male victim fought off Machnikowski, according to the DuPage County State's Attorney Office, who fled the scene.

The alleged offender is an acquaintance of the couple's 18-year-old daughter. Officials said he apparently was mad at her for allegedly making disparaging comment about his looks while they were at a party.

"I've never head anything bad about him. Just kinda shocked he would do something like this. They seem like really nice people. Crazy stuff happens all the time," he said.

Shortly after the wounded husband and wife were taken to Edward Hospital, Machnikowski was taken into police custody.

"I've lived here for 42 years. It's a wonderful neighborhood, neighbors helping neighbors. I hate to see something like this happen," Bradley said.