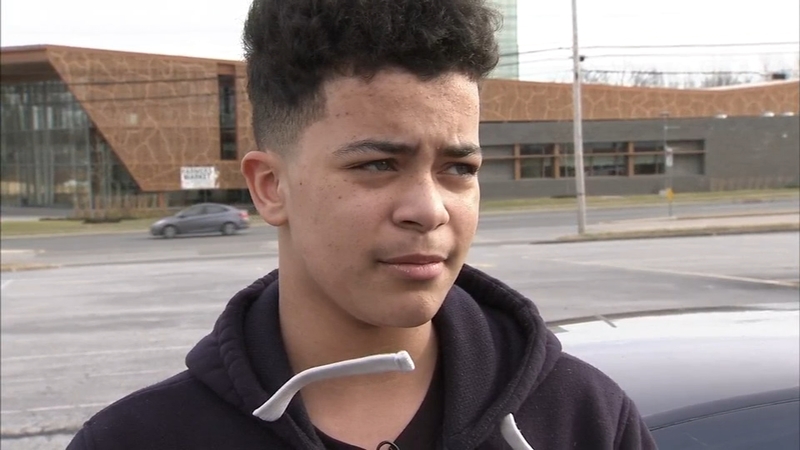 NEW CASTLE, Del. (WPVI) -- A 13-year-old boy who defied his mom by staying up late to watch Netflix is credited with saving his family from the fire that destroyed their Delaware home.

As it turns out, Borden sent her son to bed on Tuesday night, but he was still awake at 1:30 in the morning.

That's when he smelled smoke.

"And then I saw smoke in my hallway and then I saw the fire. When I saw that, I started yelling for my mom because she was asleep at the time," said Carter. "If Netflix wasn't there, I probably would have went to sleep."

"If he was not awake, I don't know the outcome, because as soon as I found out it was about four minutes and my kitchen was in flames," said Borden.

The belief is that a power strip overheated, sparking the fire.

The family's pets were not able to make it out.

Neighbors are doing what they can to collect donations for the family, which includes Damir Carter's father who happened to be at work at the time.

They want to thank the community for all of their support.

By the way, Damir won't be in trouble for disobeying his mother.

"He won't get grounded this time," she said.