Camden County Police Department revises the use of force policy 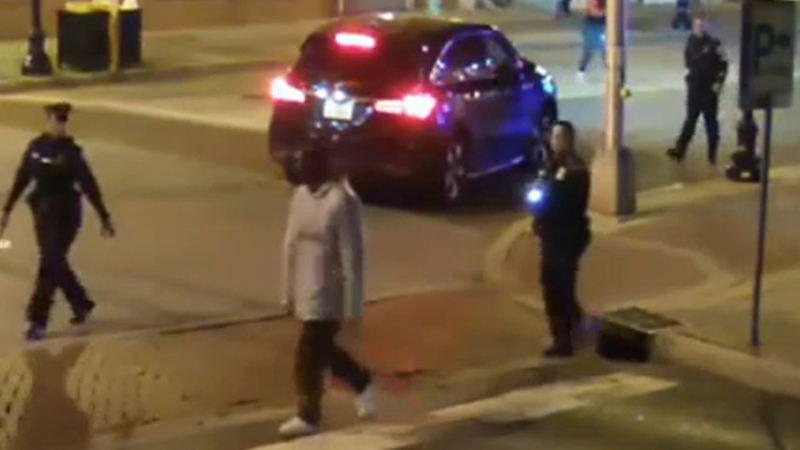 Camden County Police Department revises the use of force policy

CAMDEN, New Jersey (WPVI) -- The Camden County Police Department has been working for years to formulate and finalize a plan with the very focus on the sanctity of life. That meant changing and reshaping the culture of police use-of-force to minimize harm while trying to save lives. That new policy went into effect Tuesday.

In one Camden County police video, a 48-year-old deranged man walks into a fast-food restaurant at Broadway & Mickle harassing both customers and employees. He pulled a steak knife on a customer threatening him before leaving. Outside, police bodycam video captures his encounter with police.

But the man keeps walking away, slashing the knife through the air as he does. Under the new policy designed to de-escalate a threat and minimize the use of force, officers formed a parameter around him as they continued to ask him to put the knife down.

"The officers recognize that this was a person in crisis suffering from some form of mental illness," said Lt. Kevin Lutz who oversees training.

With plenty of time to think things out, the officers walked with the man for several blocks as they cleared traffic and pedestrians ahead-- all as they tried to get the man to put down the knife, which he finally did and they moved in to arrest him.

"Five, six, seven years ago, prior to this training, prior to the culture that we created, that most definitely ends in a police-involved shooting," said Lutz.

Under the new policy, officers are trained to hold their fire whenever possible, especially when confronting people with knives showing signs of mental illness.

"The purpose behind this policy is not to avoid force altogether, but to ensure that the officers are safe, the public is safe and the force applied is of last resort and when necessary," said Lutz.

In one of the nation's roughest cities, the new policy is showing drastic results. Not only is the crime continuing to drop, but complaints of excessive police force have also plummeted from 65 complaints in 2014 to just one so far this year.
The new policy is lauded by the New Jersey ACLU.

"We think its really groundbreaking. We're really impressed both with the process and the substance," said Alex Shalom, the senior supervising attorney at the ACLU-NJ.

Most notably, the new policy is endorsed by the police union.

"There's going to times when force has to be employed, just have a common-sense approach to it. If you can think through things, you can talk to the person, open up a dialogue and line of communication. In some cases you can do that and talk that right down without having to jump into force," said Rick Kunkel of FOP lodge #218.