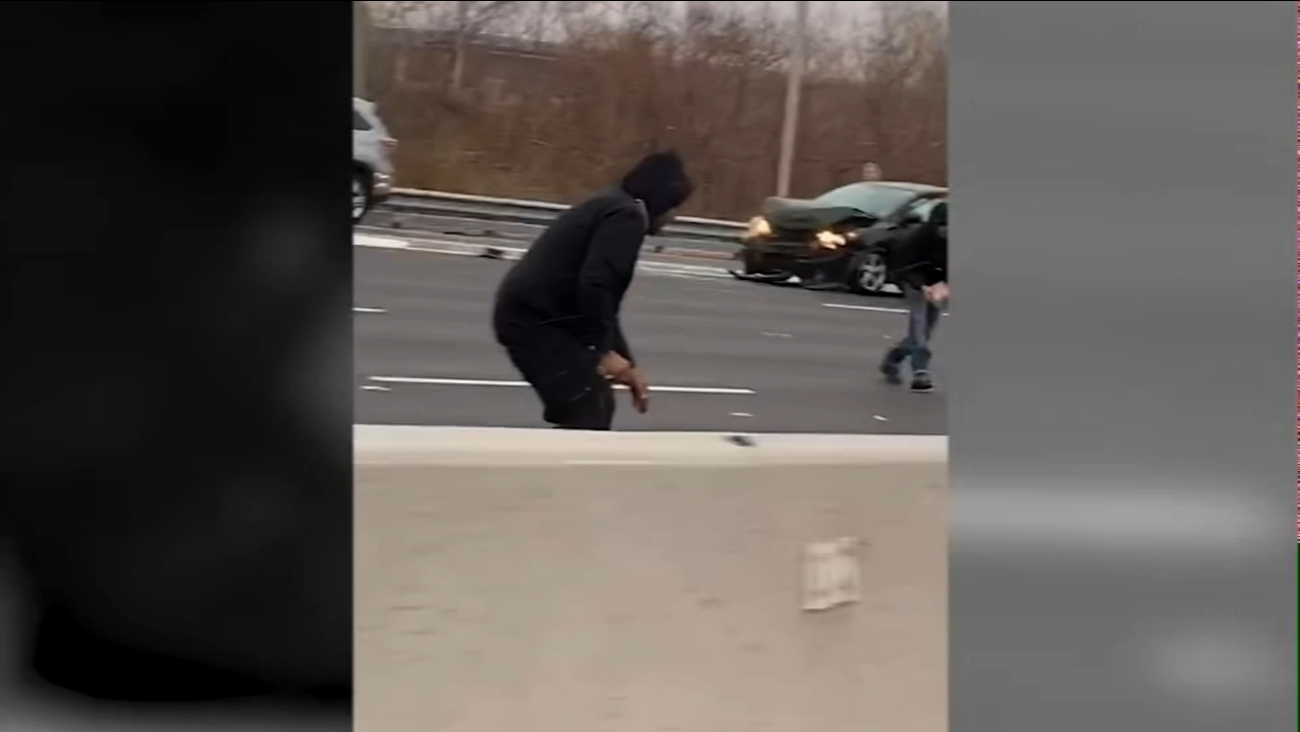 EAST RUTHERFORD, New Jersey (WPVI) -- A large chunk of cash is still missing from last week's armored truck spill on a New Jersey highway, and police are warning people to pony up before they get picked up.
EMBED More News Videos

East Rutherford police say anyone turning in money won't be prosecuted but that anyone seen on surveillance video taking money who doesn't turn it in could be arrested.

Police say more than $200,000 was recovered at the scene, partly due to the help of Good Samaritans who stopped and helped the driver.