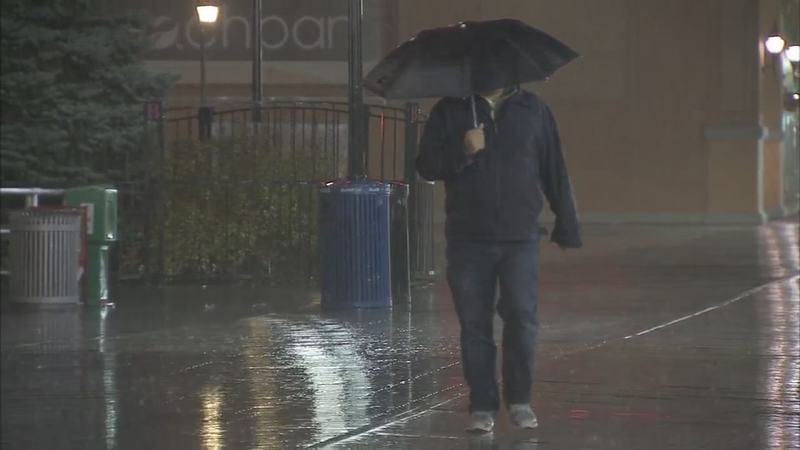 Heavy rainfall fell across most of the Jersey Shore region Sunday.

In Atlantic City, flooding could be seen on Rhode Island and Fairmont avenues.

The weather meant slow business for some, while others hunkered down inside the casinos.

There was also flooding in Margate, where people navigated the ponding and the puddles.

"It was really hard," said Abanilla. "You could barely see. We got through it, thank God."

On the beach the storm caused rough waves but that didn't keep fishermen away from the jetty.

And on this five year anniversary of Hurricane Sandy, tonight's rain conjured memories and for some, concerns.

"It's nerve wracking sometimes because you'll never know when it will happen again," said Brianna Shepard, of Atlantic City.

One couple we met remembers two anniversaries on this day.

"When Hurricane Sandy hit that was our anniversary," said Alan Kazar, of South Amboy.

Five years ago, the Kazars missed their planned anniversary trip to Atlantic City. But not this year, as on Sunday the Kazars celebrated 23 years of marriage.

"We always make plans here for our anniversary," said Desiree Kazar. "So when I made plans and heard about this storm I was like 'Oh boy! Should we go? Shouldn't we go?

"We decided to come," she said.

Rains flood parts of the Jersey Shore on the 5-year anniversary of Hurricane Sandy: Annie McCormick reports on Action News at 6 p.m., October 29, 2017