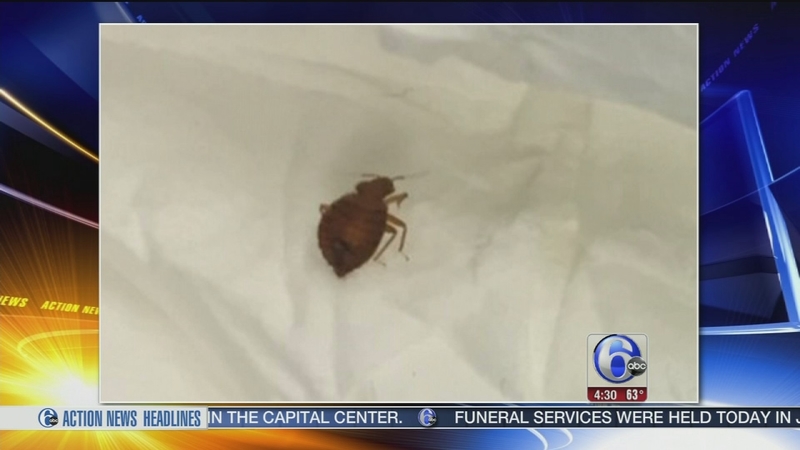 TRENTON, N.J. (WPVI) -- There is a bed bug infestation in New Jersey's capital.

The creepy crawlers have turned up in three state buildings, and one of the locations is, ironically, at the Department of Health.

State worker Taheera Chestnut is grossed out, frightened and tired of worrying about bedbugs in the workplace.

"It's scary to me because I could take them home and I don't want to take them home. I don't have bedbugs and I shouldn't have to come to work and get bedbugs. It's very infested in there," she said.

"They can jump on me or you. I mean bedbugs, they travel," said state worker Brian White.

The number of state office building is known to have a bedbug problem is now up to three: the Richard Hughes Justice Complex on Market Street; the labor building at John Fitch Plaza; and offices at the Capital Center on East State Street leased by the Department of Health.

Those offices were closed Tuesday for inspection and treatment. Officials tell us bedbug monitors were installed on the third, fourth and sixth floors.

Spokespeople say the departments involved are committed to the safety and protection of employees.

But the head of the local union representing workers in these buildings says it doesn't feel like that. Lionel Leach is constantly fielding calls from members complaining about bedbugs or being bitten by them.

"People should not be coming into the building having to fear they might be taking one of these little critters to their house. People are entitled to come into a healthy and safe work environment," Leach said.

"You don't want anything crawling on you and you don't want to bring it home with you," said state worker Gail Davis.

Some workers have resorted to covering their coats and chairs in plastic and keeping their belongings boxed up to keep the bed bugs away.

"Costs a lot of money to exterminate your house when it comes to bedbugs and stuff like that, so of course I worry about bringing that home," said state worker Jacqueline Tumillo.

The Health Dept. says it is following all of the protocols it's supposed to when dealing with bedbugs, but the union says it doesn't work to exterminate floor-by-floor. They say it's best to do it all at once.