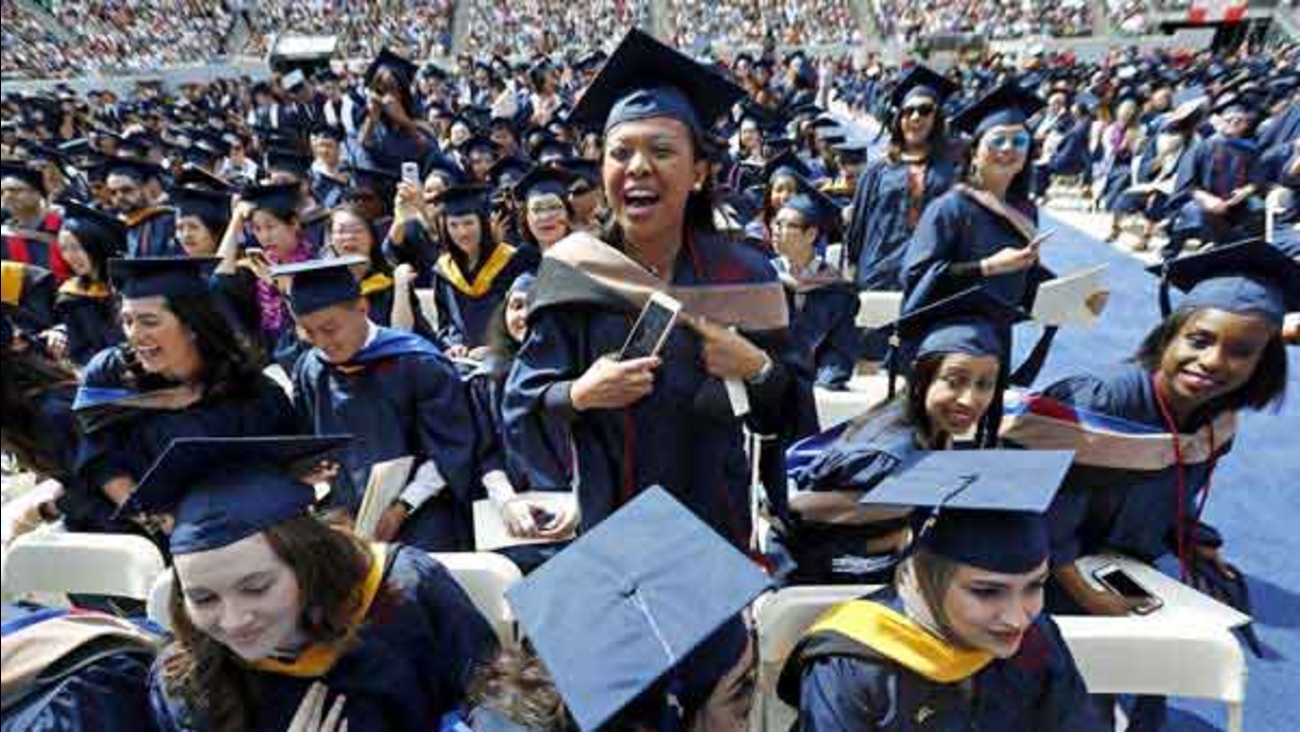 Graduates react as musician Bon Jovi is introduced on the stage for a surprise performance during the Fairleigh Dickinson University commencement ceremony at MetLife Stadium. (AP Photo/Julio Cortez)

Fairleigh Dickinson won a nationwide contest to bring the New Jersey-based band to play their graduation by generating the most interest on social media.

Jon Bon Jovi, who was born and raised in Sayreville, New Jersey, spoke to the graduates before the band performed "Reunion," a song about a class gathering years later to share memories of their lives.

Congrats FDU Grads 🎓We had a blast crashing your graduation! Be sure to check out tomorrow's @GMA for an inside look. #fdugrad @FDUWhatsNew pic.twitter.com/8kjArhZie2

"Today marks the end of one chapter in your life and the start of another," he said from a stage at MetLife Stadium in East Rutherford, where the band has played to sold-out crowds many times. "Enjoy the book; you're the one writing it.

"Don't take anything personally. Accept both praise and criticism equally, but take neither to heart. There are many surprises awaiting you on the journey."

The contest was run by MTVU, and asked students across the country to tweet their best college moments with the hashtag #JBJReunionContest.

"Reunion" was first performed by Bon Jovi in 2015 at the commencement exercises for Rutgers University, and appears on the band's current album "This House Is Not For Sale."

Most of the students did not know Bon Jovi would be appearing until they were already inside the stadium, home field for the NFL's Jets and Giants.
In an interview inside the Giants locker room before the ceremony, Jon Bon Jovi told The Associated Press he hopes the graduates remain flexible about their plans.

"Whatever your vision of how your life is going to be going forward, do it in pencil," he said. "The great thing is the journey is about to begin. You may take some turns along the way that may take you to somewhere you never even dreamed of going. It's a great journey."