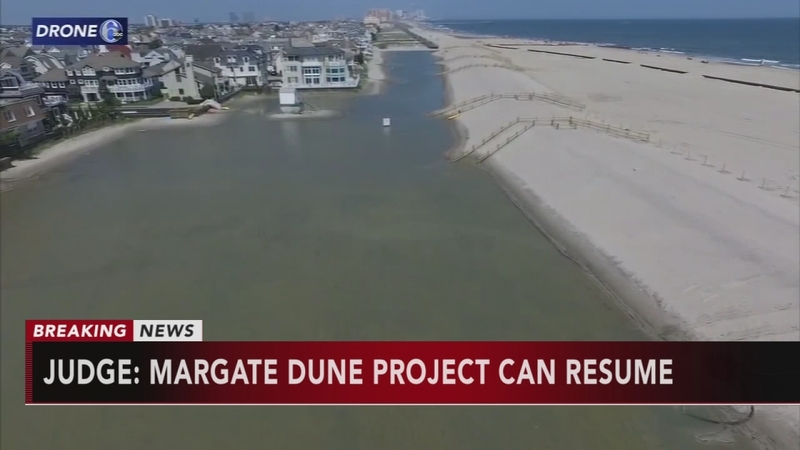 MARGATE, N.J. (WPVI) -- A federal judge is allowing a beach replenishment project in New Jersey to resume, with conditions to address ponds of bacteria-laden water that had built up after a storm.

Judge Renee Marie Bumb on Thursday granted the request by the U.S. Army Corps of Engineers to let the project continue.

The government went to court Wednesday to ask her to overturn a state judge's ruling last week stopping the project while the two sides tried to work out a remedial plan.

Bumb gave the Army Corps conditions, including fencing off any areas with ponding of two or more inches of water.

The ponds of standing water are exactly what Margate residents had warned of in previous, unsuccessful litigation against the government's plan to build the protective sand dunes at the coastal town south of Atlantic City.