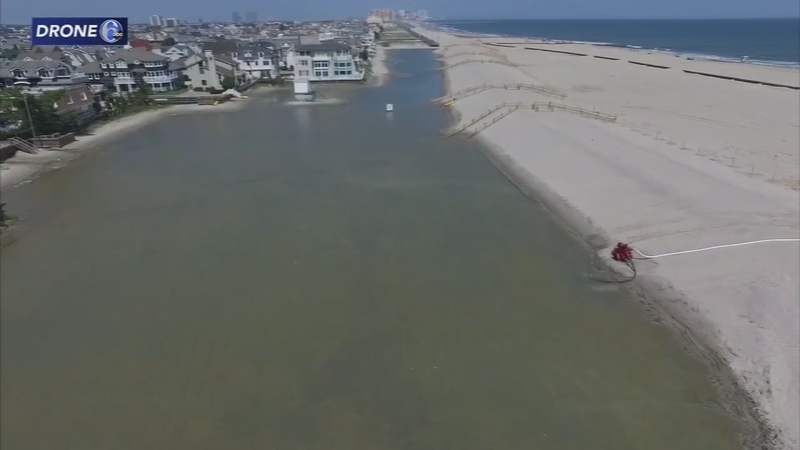 CAMDEN, N.J. -- The U.S. government is asking a federal judge to allow a beach replenishment project to continue in New Jersey, even without a plan to address the ponds of bacteria-laden water that built up after a storm.

A state judge ordered the Margate project shutdown last week until the sides could work out a remedial plan. But the U.S. Army Corps of Engineers is asking the federal judge in Camden to let the project continue.

The ponds of standing water are exactly what Margate residents had warned of in previous, unsuccessful litigation against the government's plan to build the protective sand dunes at the coastal town south of Atlantic City.

The work is part of a statewide effort to protect New Jersey's 127-mile coastline following the devastation that Superstorm Sandy caused in 2012.