Trump thanks NJ students whose yearbook references to him were altered WALL, N.J. -- President Donald Trump posted a Facebook message of thanks to two New Jersey high school students whose references to him were removed from their yearbook.

Trump on Monday wrote that Wall High School students Montana and Wyatt Dobrovich-Fago "aren't afraid to stand up for what they believe in."

The post also included a letter written by Michael Glassner, executive director of Trump's campaign. He sent it to the siblings along with a care package of campaign memorabilia.

Wyatt had worn a sweater vest with Trump's name on it the day his yearbook photo was taken, and Montana had submitted a quotation from Trump to go under her freshman class president photo. Trump's name was not visible in the published photo of Wyatt, and the quote Montana submitted was not included in the yearbook. 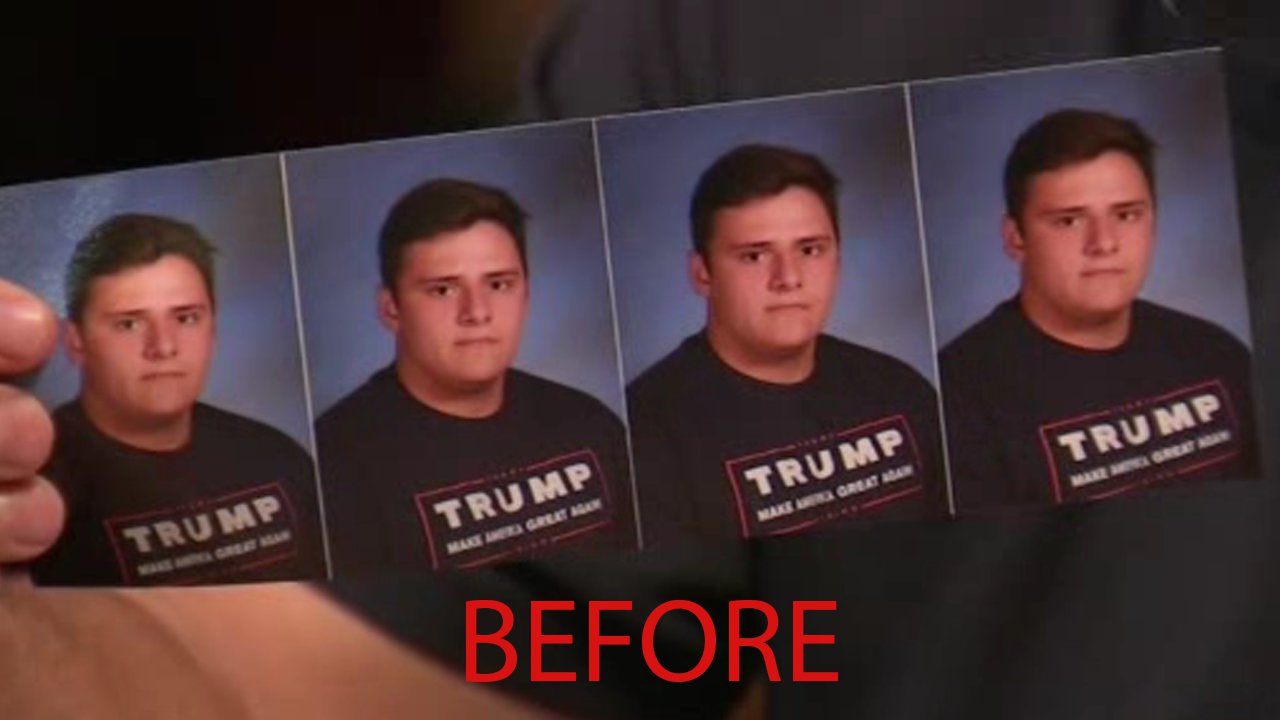 Superintendent Cheryl Dyer said the alteration of Wyatt's photo was unintentional, and that it's unclear if Montana's quotation of Trump was intentionally left out, although a quote by President Franklin Delano Roosevelt appeared under the senior class president's photo.

A third student wore a T-shirt emblazoned with the words "Trump Make America Great Again" that was intentionally altered even though the shirt did not violate the school's dress code, Dyer said, while Wyatt's photo was resized to match others and did not appear it was intentionally done to remove Trump's name.

The school board on Tuesday voted to formalize the suspension of the digital media teacher who was the yearbook adviser.

The district will issue corrected yearbooks.

"I cannot allow the intentional change that was not based on dress code to be ignored," Dyer said in a letter to parents. "I take responsibility for the actions of those who are employed here."

Dyer said she will insist "checks and balances be implemented to ensure that intentional alterations that are not consistent with district policy do not continue."