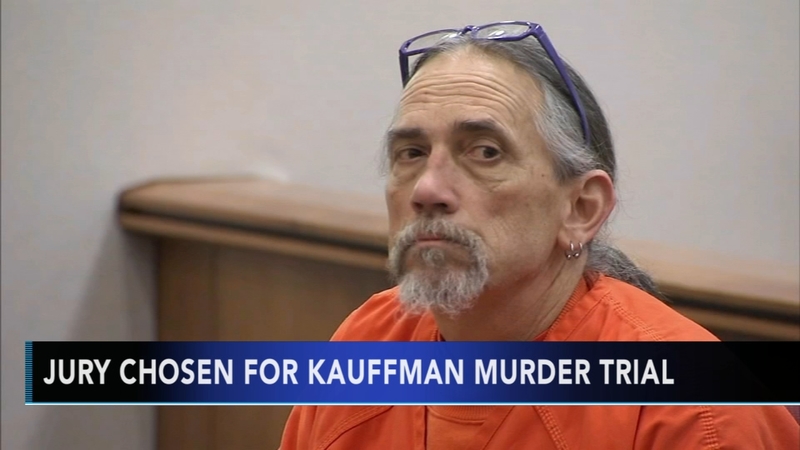 MAYS LANDING, N.J. -- A jury has been picked for the murder trial of a man charged in the killing of a New Jersey radio show host in an alleged plot to prevent her from exposing a drug ring.

The 15-member panel - which includes three alternates - was selected Wednesday to hear the charges against Ferdinand Augello. He's pleaded not guilty in the 2012 shooting of April Kauffman at her Linwood home.

Prosecutors say Augello and the woman's husband, Dr. James Kauffman, wanted to stop her from exposing a drug ring allegedly run by the doctor and the Pagans Outlaw Motorcycle Gang.

Augello is also charged with trying to have James Kauffman killed behind bars. James Kauffman was found dead in his cell in January in an apparent suicide.
EMBED More News Videos