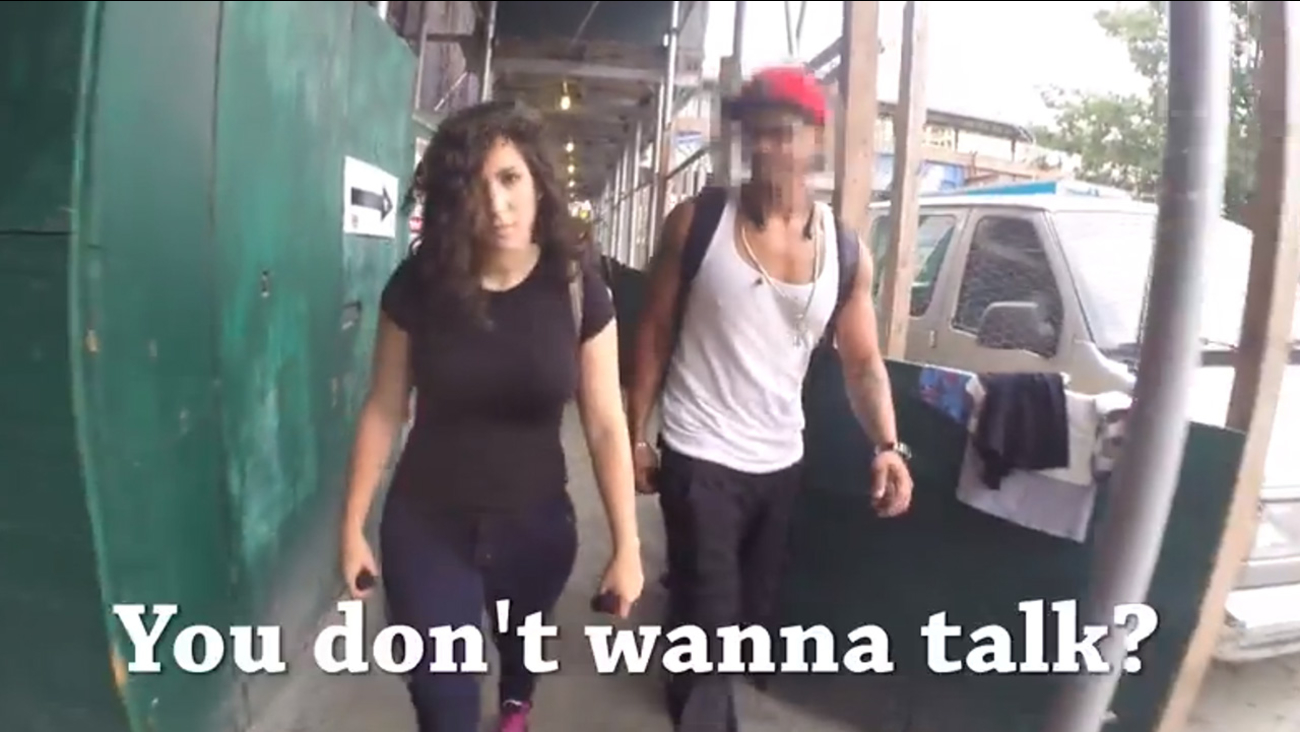 We've all seen versions of the cliche scene where a woman walks by a construction site and all the laborers turn her way, whistling and shouting catcalls to get her attention. A video showing what one New York woman experienced walking the streets of Manhattan is proving that scene is not far from reality.


Tap to see video if viewing on News app.

The video, posted to YouTube by Street HarassmentVideo and sponsored by Hollaback, an organization aimed at ending street harassment, shows Shoshana B. Roberts walking through busy New York City streets as a hidden camera records unknowing passersby shouting and whistling her way. Roberts is clearly not interested, intent on walking through the city as she receives countless verbal remarks from male onlookers.

"(Roberts) definitely seems to be a magnet to it, she received it a heck of a lot. I knew going into it that it was going to be tough especially for her, she had a lot of drive," Rob Bliss, creator of the video and the person who operated the hidden camera, told ABC. "All young women experience it."

The video itself was shot over 10 hours in different neighborhoods of Manhattan. Bliss said that Roberts received over 100 instances of verbal street harassment while walking an estimated 25 miles throughout the city. 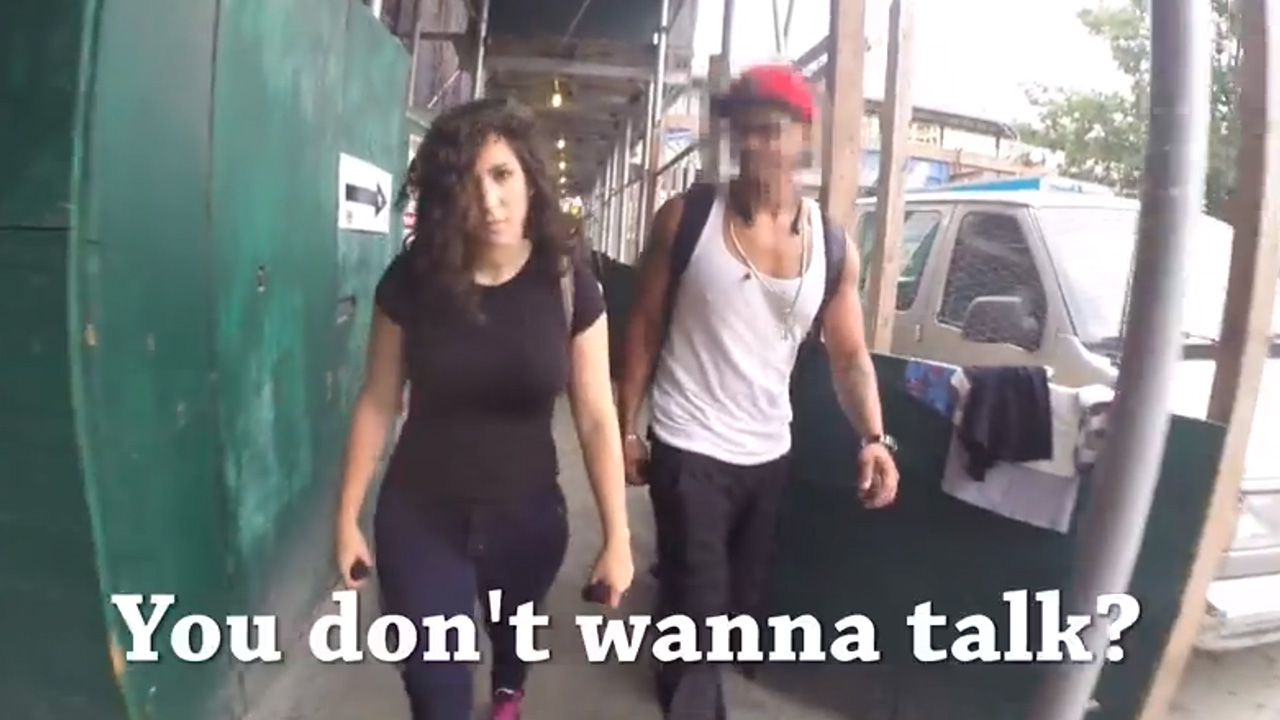 According to Bliss, the bulk of the harassing remarks took place in busier areas with a lot of people present. Roberts received fewer remarks in areas where people were trying to commute or get somewhere, like Grand Central Station.

"Areas where people were commuting or on the run from getting to point A to point B, we didn't get anything in those kind of areas," Bliss said. "Anywhere there were lots and lots of people it would happen. This video was pretty well split across all of Manhattan."

Commenters on YouTube have questioned whether the remarks Roberts received were in fact harassment rather than a friendly hello or compliment. Bliss told ABC the issue isn't so much coming up with a black and white definition as it is situational.

"I don't want to set any hard guidelines of what that is, it's so much more than that, what the body language of the person who says it and the person who is receiving it, was he checking her out, was she clearly trying to get somewhere, there's so many other things its so situational," he said. "It's hard to leave it just on what's being said verbally, it depends on the situation."

Bliss hopes the video will raise awareness that catcalling is a problem.

"It's not just a U.S. thing, catcalling and things like that happen worldwide...women get it really well but a lot of men don't understand why this would be an issue or sympathize what it would be like to be in this situation, they only have their own experiences to go off of, they don't experience it themselves."