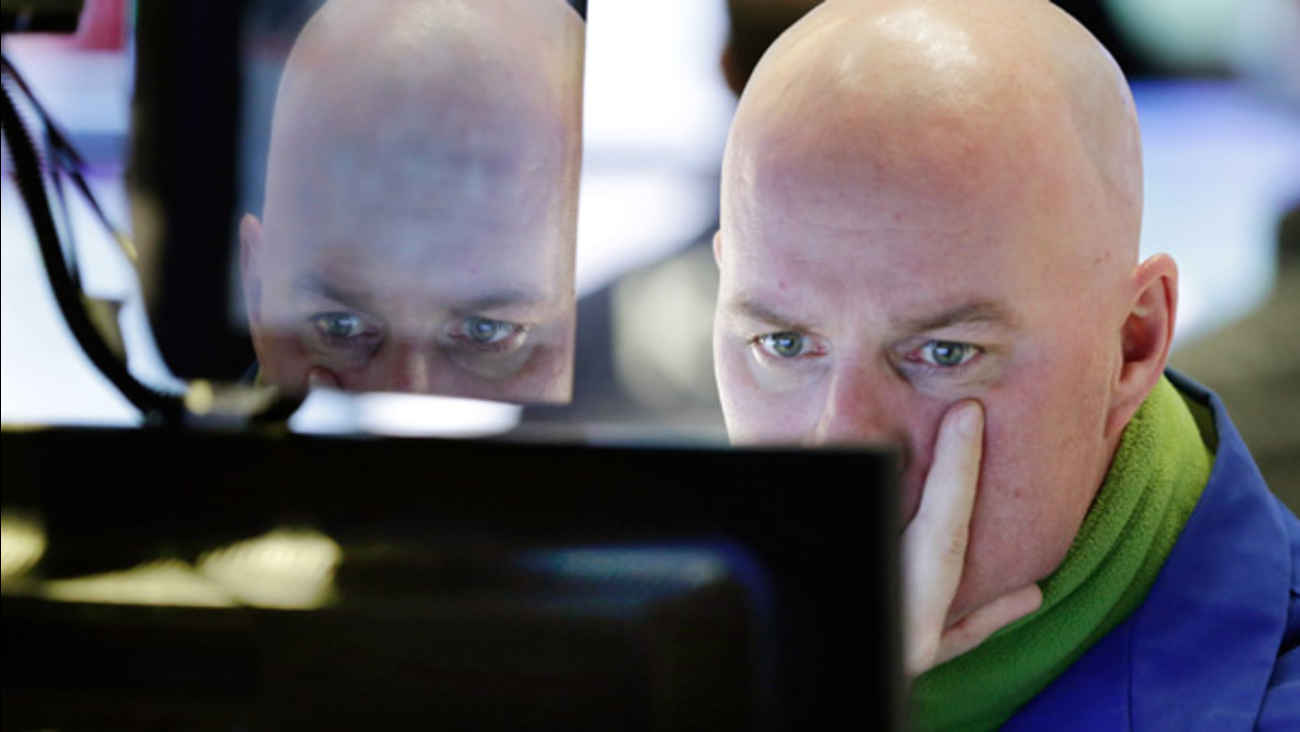 It was the worst one-day drop on Wall Street since late September, with the Dow Jones industrial average shedding nearly 400 points. The main U.S. benchmark, the Standard & Poor's 500 index, has now had its worst four-day start of a year in history.

The price of U.S. crude oil plummeted to its lowest level in nearly 12 years because of worries that the slowdown in China will translate into lower demand for energy.

The sell-off came after China allowed its currency to weaken further, a dangerous omen for the world's second-largest economy. China's main stock index plunged 7 percent before trading was automatically halted after just 30 minutes.

The selling spread across continents, sending indexes sharply lower in the U.S. and Europe.

"The management of the Chinese economy is the real concern," said John Canally, chief economic strategist at LPL Financial. "All that matters for markets right now is 'China can't get their act straight.'"

China could be in store for more declines after the communist state's market regulator suspended automatic trading halts that were put in place Jan. 1. Those halts, which were triggered twice this week, are increasingly seen as inadequate for preventing volatility.

The downturn in the U.S. has been concentrated in technology stocks, which could suffer if demand for iPhones and other electronics weakens. Apple sank 4 percent and has now fallen 27 percent since July.

Thursday's drop pushed the tech-heavy Nasdaq composite index into what market watchers call a correction, or a drop of 10 percent from a recent peak. The Nasdaq has fallen six days straight.

While the Nasdaq is so far the only major U.S. index to enter a correction, the two others are getting close. The Dow is down 9.8 percent from its peak in May, and the S&P 500 has lost 8.8 percent since then.

2016 has started with a series of warning signs about China's economy. Those worries about China have drowned out signs that the economies of the U.S. and Europe are doing fairly well.

Thursday's selling came after the Chinese government allowed its currency to weaken against the dollar in a reflection of sluggishness in the country's giant economy.

Earlier this week, economic data caused investors to worry about a slowdown in China's manufacturing and service industries.

"China's been such a big driver of global growth for 15 years and now they're not, and they don't seem to have a plan for the next 15 years," Canally said.