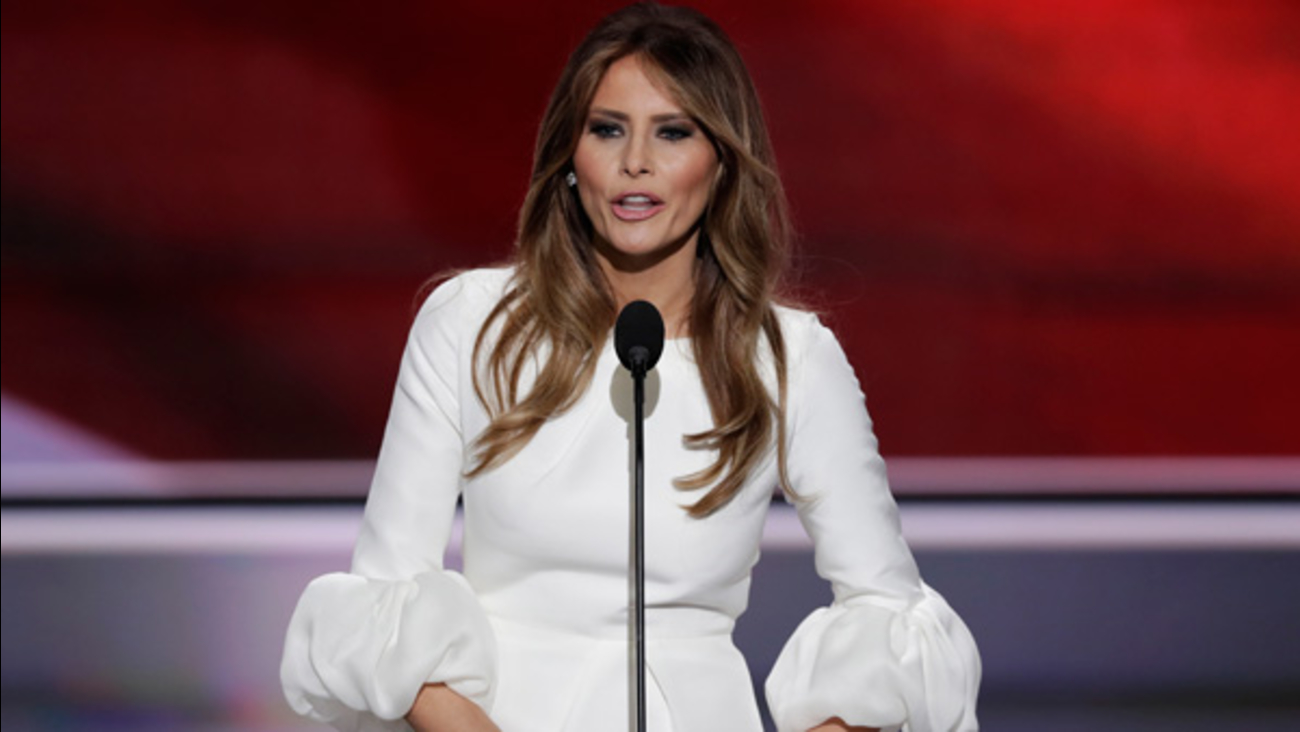 PHILADELPHIA (WPVI) -- The Philadelphia suburbs continue to be a sought after location in this presidential race.

On Thursday, Melania Trump, the wife of Republican presidential candidate Donald Trump, will give a speech in the Philly suburbs. The specifics have not been released.

NEW: @jonkarl on @facebook Live: @MELANIATRUMP to give a speech in suburban Philadelphia on Thursday. #thisweek pic.twitter.com/MF8pQHgOOB

Karl says he found out about the location for Melania's speech during a conversation with Donald Trump's campaign manager Kellyanne Conway in the green room following the taping of ABC's This Week.

In an interview last week, Donald Trump mentioned to Chief Anchor George Stephanopoulos that his wife will make two or three speeches in the final weeks of the election. It appeared to come as a surprise to Melania.

Here is a portion of the interview transcript:

GEORGE STEPHANOPOULOS: Does it make you wanna get out there yourself and help him out the final two weeks?

MELANIA TRUMP: We will see. My priority is my son, Barron, our son, Barron. And-- I support him 100 percent, and I'm there for him every time he needs me. And-- I might join him. We will see.

DONALD TRUMP: And I will tell you--

GEORGE STEPHANOPOULOS: Made some news right there.

DONALD TRUMP: No, it is. It's-- she's amazing when she speaks. She's amazing. And it's not what she does. I mean, she was very, very successful, but not as a public speaker. She's an amazing public speaker, so-- she's agreed to do two or three speeches. And I think it's going to be big speeches, important speeches.

As Jon Karl pointed out, this will be Melania Trump's first speech since the Republican National Convention in July.

.@MELANIATRUMP will make her post-convention campaign debut, giving a speech in the Philadelphia suburbs Thursday, @KellyannePolls tells me

Her RNC speech was well received by those at the convention, but then drew attention due to its similarities with a speech First Lady Michelle Obama delivered in 2008 at the Democratic National Convention.

Her speech also drew attention after the discovery that two passages of her remarks matched nearly word-for-word the speech that first lady Michelle Obama delivered in 2008.

Trump in-house writer Meredith McIver apologized for her involvement in the preparation of Melania Trump's address.

"A person she [Melania] has always liked is Michelle Obama. Over the phone, she read me some passages from Mrs. Obama's speech as examples. I wrote them down and later included some of the phrasing in the draft that ultimately became the final speech," McIver said in a statement. "This was my mistake, and I feel terrible for the chaos I have caused Melania and the Trumps, as well as Mrs. Obama. No harm was meant."