2 suspects wanted after man gunned down on Thanksgiving 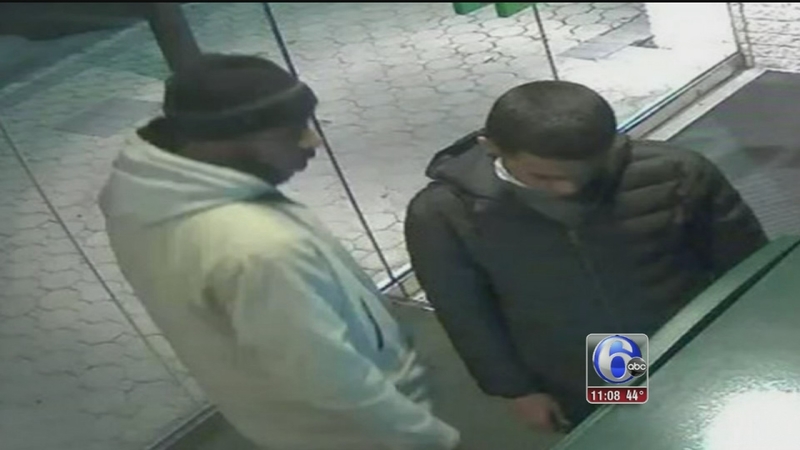 PORT RICHMOND (WPVI) -- Police are searching for two suspects wanted in connection with the murder of a man on Thanksgiving morning.

Ryan Kelly, 21, was gunned down around 5 a.m. in the 3500 block of Almond Street in the city's Port Richmond section.

"I heard the scream and I thought it's gotta be from the bar or another neighbor. I found out the next morning it wasn't," said Austin Fleury.

Police said Kelly was walking home from Wawa when the two men pulled up in a stolen white Mazda 626.

"I don't know if this was an attempted robbery or not, but at this point it seems that he was approached and shot by these males," said Lt. John Stanford.

He was pronounced dead at the hospital a short time later.

Fleury says he's lived next door to the family for about 10 years. He says Kelly was a hard worker and always offered to help, even shoveling his front walk when he started having health problems.

"He always had a smile. He did. That's why I couldn't believe what happened," Fleury said.

A GoFundMe page has been set up to help the Kelly family with funeral costs. In one week it has raised more than $11,000.

Investigators said the two men are wanted for two other robberies that day.

Police released surveillance images Friday night from a TD Bank in the area. The suspects can be seen unsuccessfully trying to use a stolen debit card.

The stolen car has been recovered and is being checked for clues.

Police are releasing few details about the other robberies.

"In a number of the robberies, victims' identification was taken so we don't want to put anyone in harm's way," said Stanford.

Philadelphia police are offering a $20,000 reward for information leading to an arrest and conviction.