3 injured in shootout after domestic dispute in West Philadelphia 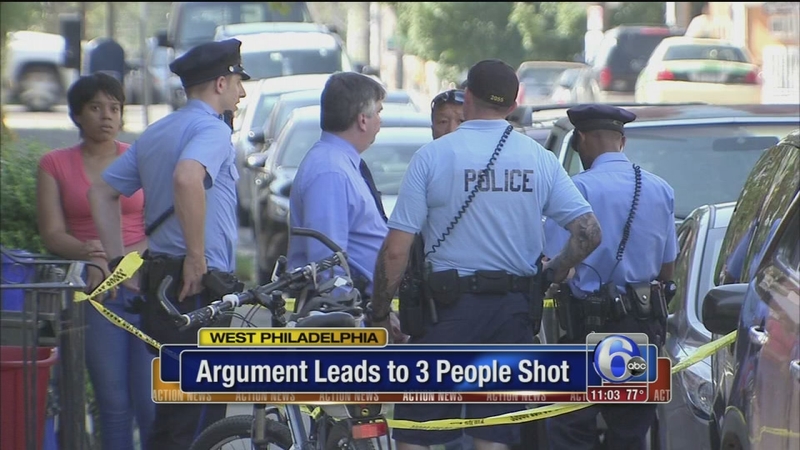 WEST PHILADELPHIA (WPVI) -- Three people were injured, two critically, after a domestic dispute led to a shootout in West Philadelphia.

It all started around 8 a.m. Saturday at 49th and Haverford.

Police say a 21-year-old woman, accompanied by her 19-year-old neighbor, 16-year-old brother and 2-year-old daughter, was confronted by her 21-year-old ex-boyfriend while buying breakfast.

After a brief argument, police say the woman's ex-boyfriend, and three other males, followed her back to her home, located on the 100 block of South 55th Street.

An argument between the woman's neighbor and the group turned violent when a 24-year-old man pulled a gun and began firing at the teen.

As the neighbor fled on foot to his home, his father and two brothers, who were inside, retrieved guns and returned fire, striking the shooter in the leg and a 15-year-old boy in the legs and groin area.

During the shootout, the 24-year-old struck the neighbor's 25-year-old brother in the stomach, critically wounding him.

The two men were taken to Penn Presbyterian Medical Center where the 25-year-old remains in critical condition. The 24-year-old is stable.

The 15-year-old was taken to St. Christopher's Hospital for Children where he is listed in critical condition.

Police say the woman's ex-boyfriend and the 24-year-old gunman are facing charges.