"After wrestling with this question for the last two months, I have concluded I cannot participate in this Inaugural celebration," Pennsylvania Congressman Brendan Boyle wrote in a statement.
WPVI
By Dann Cuellar 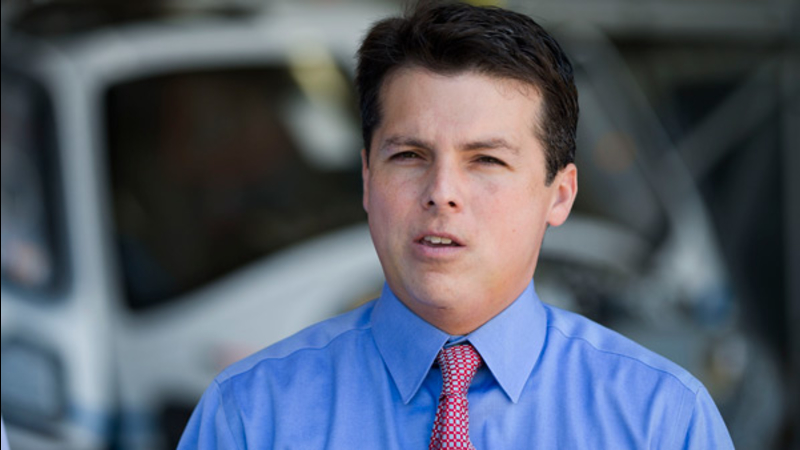 While at least one of them had made her decision in previous weeks, three more came forward Monday citing what they call 'Trump's insult' of Congressman John Lewis of Georgia.

"I'm not going to go to the Inaugural. I want to support John Lewis, he's a personal friend of mine," Congressman Bob Brady said Monday night.

Brady joined a growing chorus of Democrats who will not be attending the Inauguration, siding with Congressman Lewis.

Last Friday, Lewis said he would not be attending because he does not consider Trump a legitimate president.

"Whether John Lewis started it or not, Mr. Trump should have said, 'let's talk, let me listen to you, what are your issues?'" Brady said.

Earlier in the day, newly elected Congressman Dwight Evans announced he would not be attending, first because of Trump's position on healthcare, the Russian hacking controversy and now this.

"With the fact that he attacked Congressman John Lewis who is a hero of mine. So as a result of those three things, I basically said, there's nothing for me to celebrate in terms of the transition," Evans said.

Also on Monday night, Pennsylvania Congressman Brendan Boyle announced that he too would not attend.

In a statement posted on his Facebook page, Boyle wrote:

"As I wrote last March, I believe Donald Trump is a unique threat to the Constitution and to our country. I have never before used such stark terms to describe an American political leader, Democrat or Republican. I do not use these words lightly. But Trump warrants such dramatic description.

On January 6, as dictated by the Constitution, Congress met in joint session to certify the results of the Electoral College. As a member of Congress, I attended and participated in this joint session. As vehemently as I disagree with the election results, I fulfilled my constitutional obligation.

Now the question turns to whether to attend the Inaugural celebration.

I have always believed the Inaugural of the president of the United States should be a nonpolitical day. As just a regular citizen, it is an event I have always looked forward to watching. Regardless of the person taking the oath and the party taking power, I have always looked at it as a day to celebrate American democracy. It is the continuation of that which started with Washington, the peaceful transfer of power in accordance to the wishes of the people.

The election of Donald Trump presents a challenge to my long held view of presidential inaugurations. As much as I cherish this day, can I in good conscience celebrate that which I believe is a grave mistake? Can I sit by mere yards away and applaud the desecration of the most important office in the history of the world?

After wrestling with this question for the last two months, I have concluded I cannot participate in this Inaugural celebration.

I do not challenge that Mr Trump won the Electoral College and therefore will lawfully be president. We cannot go down a path in which we do not accept the legitimacy of the choice of the people. In America, it is the people who decide.

I accept the decision of the people. I respect it. But I will not celebrate it.

New Jersey Congresswoman Bonnie Watson Coleman had previously stated weeks ago that she would not go.

The four joined a list of 31 other Democratic members of Congress who ABC News reports will not be attending the Inaugural.

Meanwhile, other Democrats from our area, New Jersey Congressman Donald Norcross says he will attend, as will Delaware Senator Chris Coons.

Even so, Brady, for his part, says he does not question Trump's legitimacy as president.

"My advice to President-elect Trump is first, put away the tweets, and understand that we're all adults. We got to work together to make a difference. We need to work together for the interest of the people," Evans said.

Several of the Congress members say they plan to attend the Women's March on Washington on Friday.