Simmonds gets winner in SO as Flyers beat Coyotes 4-3 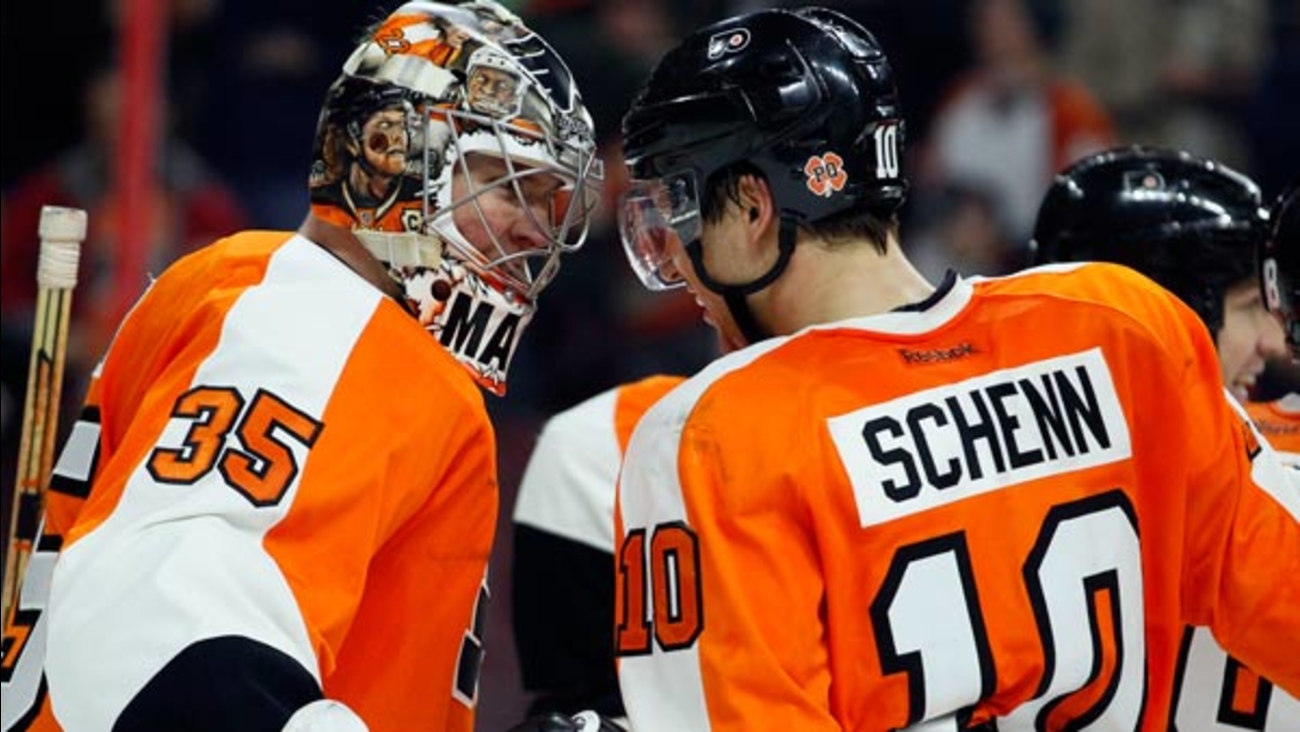 PHILADELPHIA -- Wayne Simmonds scored in regulation and got the winning goal in a shootout to lift the Philadelphia Flyers to a 4-3 victory over the Arizona Coyotes on Tuesday night.

After the Flyers missed on their first two shootout attempts, Simmonds beat Mike Smith for the winner.

Steve Mason was sensational in relief for the Flyers and had 22 saves over the final 2 1/2 periods to help them rally from a 2-0 deficit.

The Flyers and Coyotes were tied 3-all through two periods in a matchup of two of the worst teams in the NHL.

Each team took a spin giving up leads just like bad teams do.

For the Coyotes, it was blowing a 2-0 lead after they chased Ray Emery.

For the Flyers, it was allowing a tying goal with just 37 seconds left in the second period instead of heading into intermission with momentum.

Emery was benched only 5:50 into the game after Murphy and Erat beat him for two fast goals. Murphy scored his third goal of the season on a shot from the slot that popped over Emery's shoulder. Erat knocked in a rebound for his seventh, and scored Arizona's second goal on only four shots.

Emery took a drink from the water bottle and turned around to find Mason on the ice and ready in relief. Mason, their No. 1 starter, hadn't played since suffering a lower-body injury Jan. 10 against Boston.

He returned to a rousing ovation - and was soon in position for a win.

Simmonds cut it to 2-1 with his 17th late in the first. Umberger tied it 2-all on his ninth when he flipped the puck over Smith's shoulder in the second.

"I just wanted to get it on net and was able to find that top corner," Umberger said.

Del Zotto gave the Flyers the lead for the first time when his fourth goal pinged - the sound could be heard high above the upper deck - off the crossbar and past a stunned Smith.

The Flyers' lead lasted all of 23 seconds. Rieder evened the score 3-3 when he slipped one past Mason with just 37.1 seconds left in the period.

NOTES: Murphy's father, Gord, is an assistant with the Flyers. ... Flyers F Petr Straka, 6-foot, 195 pounds, was recalled from the AHL and made his NHL debut. He had 20 goals for 44 points in 99 career games with the Lehigh Valley Phantoms.