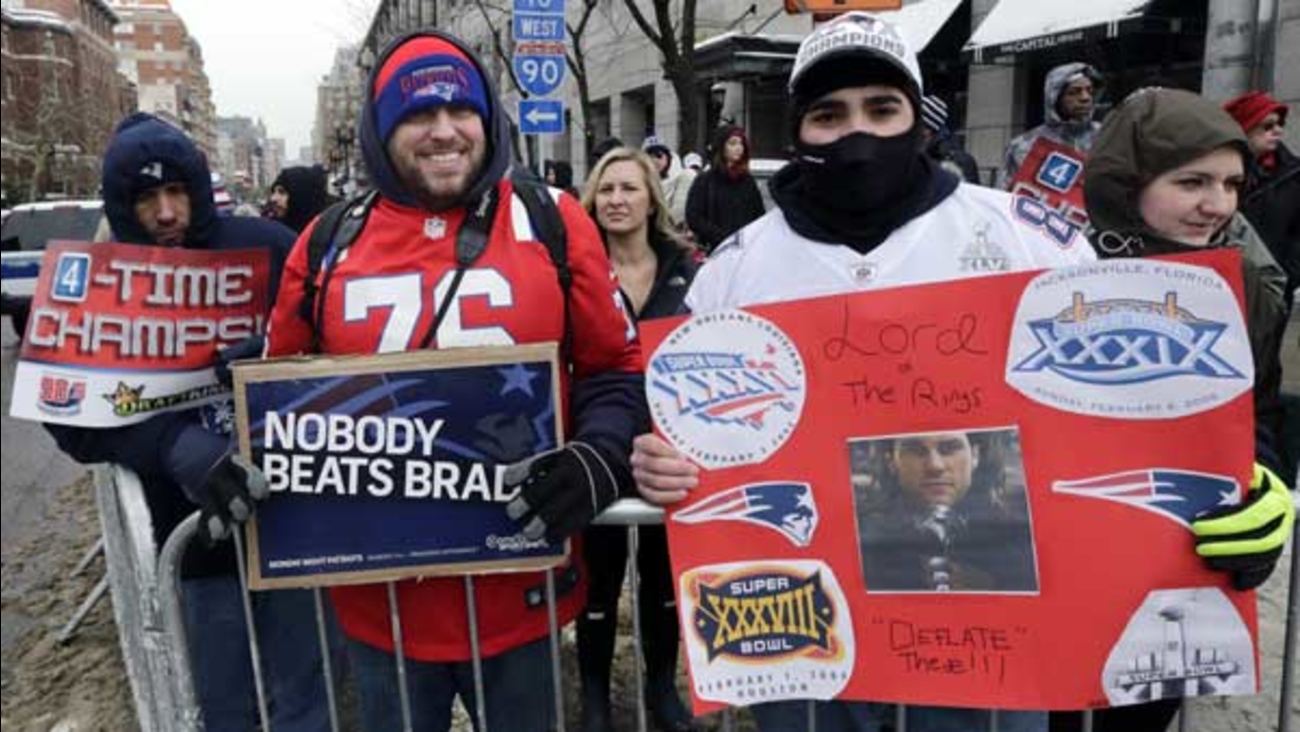 New England Patriots fans wait for the start of a parade in Boston Wednesday, Feb. 4, 2015, to honor the Patriots' victory over the Seattle Seahawks in Super Bowl XLIX. (AP Photo/Charles Krupa)

BOSTON -- The Super Bowl champion New England Patriots are making their way through the snowy streets of Boston, and they're drawing wild cheers from giddy fans.

Well-wishers pumped their fists and screamed from behind barriers Wednesday as the team set off on the World War II-style amphibious vehicles that have become a staple of the city's championship parades.

Some fans leaned on massive snowbanks left from last week's blizzard, straining to get a glimpse of quarterback Tom Brady, coach Bill Belichick and other players. The crowd roared as Belichick waved the Lombardi trophy.

Many sported No. 12 Brady jerseys, held "We are the CHAMPIONS" placards and chanted "Brady! Brady!" One had a sign that read: "Belichick for President."

Sunday's 28-24 victory over the Seattle Seahawks was the Patriots' fourth NFL title.