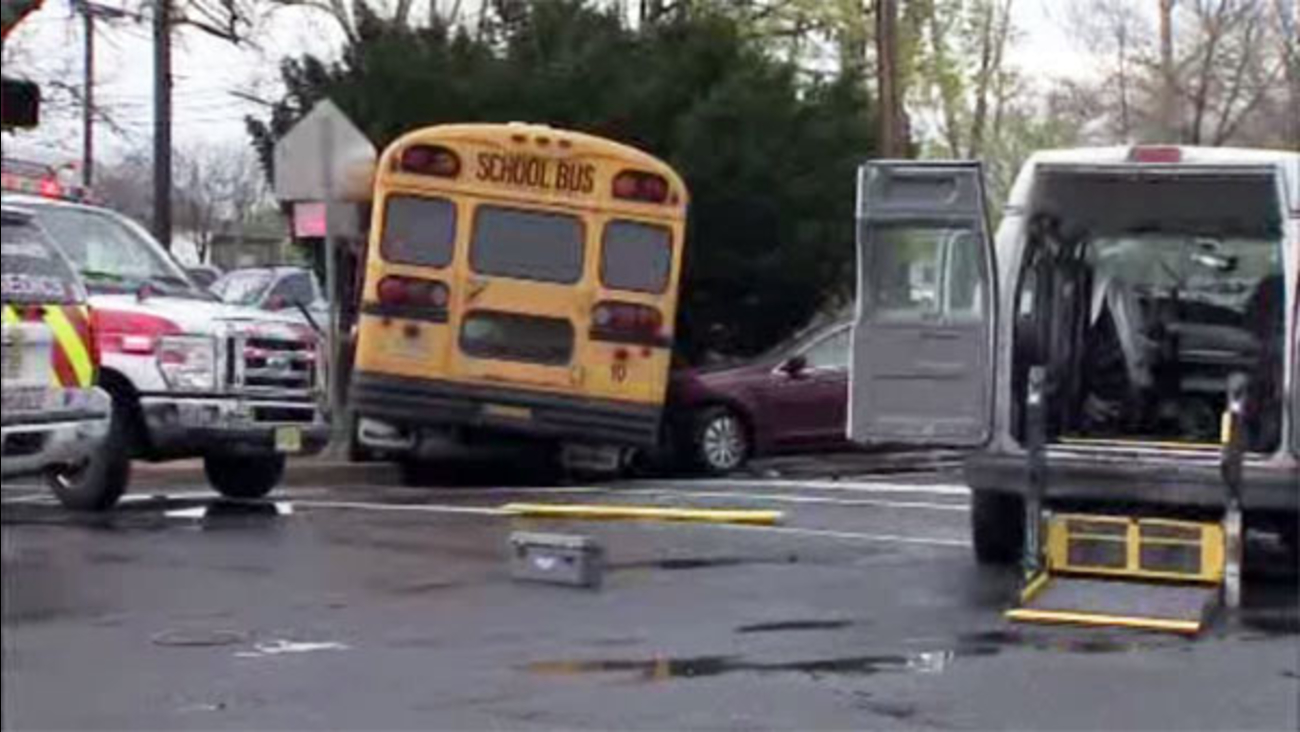 The crash happened around 3:30 p.m. at the intersection of Hamilton Avenue and Klockner Road.

According to authorities, the school bus collided with the medical transport van in the intersection.

The force of the collision sent the bus into another car and onto the sidewalk where it struck a bus stop shelter.

The three elementary school age children and the driver on the bus suffered minor injuries.

The medical transport had at least two people on board, including a wheelchair patient in the back who was being tended to at the scene. It appeared as though she was not seriously hurt.

The driver of the car suffered minor injuries and a man who was believed to be near the bus stop at the time of the accident suffered an injury and was transported to the hospital for further treatment.

At this time there's no word on what led to the crash.