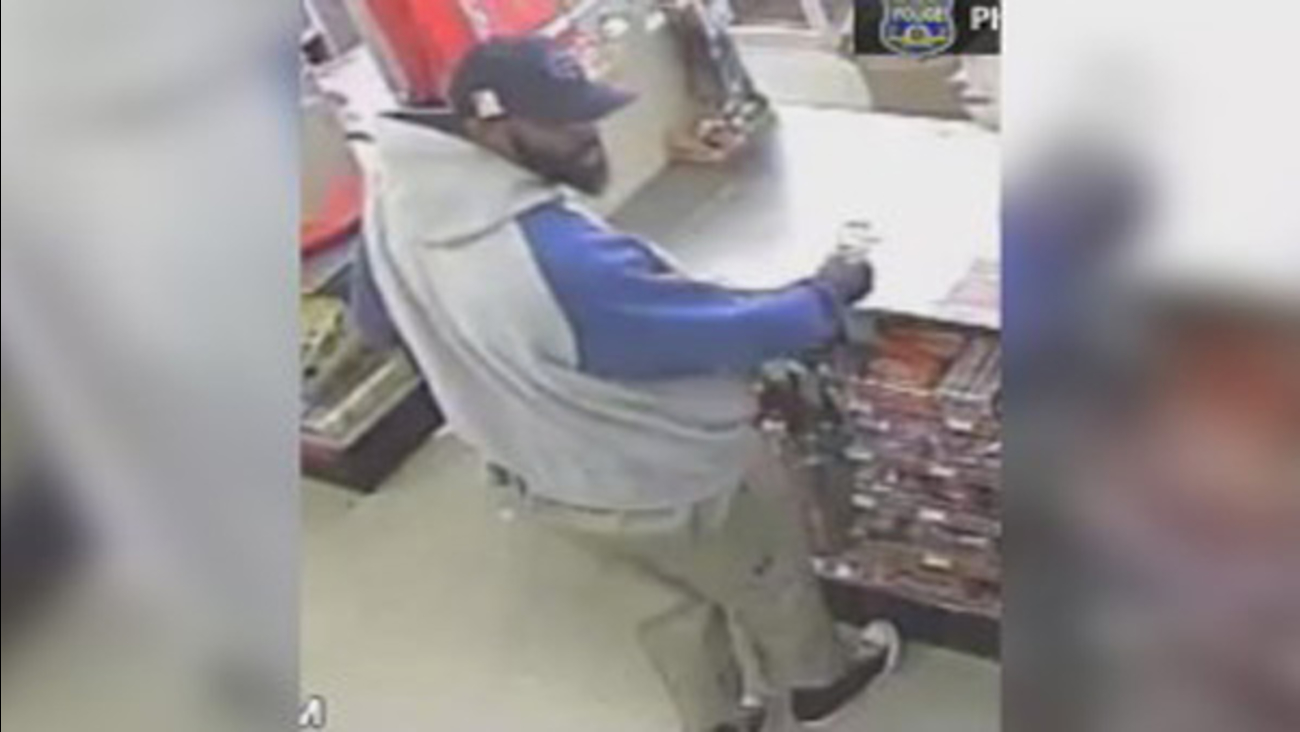 SOUTHWEST PHILADELPHIA -- Philadelphia detectives are searching for a thief who threatened several clerks during a robbery in Southwest.

Detectives released this surveillance video from inside the Family Dollar along the 4600 block of Lancaster Avenue.

The suspect walked in back on April 22 and waited in line acting as if he was going to purchase something.

When the cashier opened the register, the thief lunged over the counter and grabbed cash.

Before running out of the store, authorities say the man shouted " Nobody move or I'll kill you".

If you recognize the man in this surveillance video, contact Southwest Detective Division at (215) 685-3183.