Another incident of K-2 overdoses at East Falls rehab center 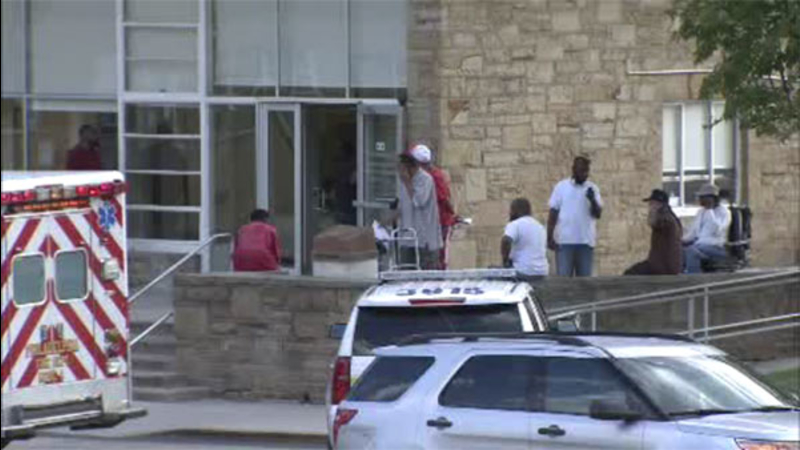 EAST FALLS (WPVI) -- Several patients of an East Falls rehabilitation center had to be hospitalized after overdosing on a synthetic drug called K-2.

It's the second incident in just a few months.

Action News was on the scene around 6:00 p.m. Friday at the Gaudenzia Diagnostic and Rehabilitation Center in the 3200 block of Henry Avenue.

Calls to 911 reported that four men had overdosed and were acting erratically.

"When paramedics initially got here to transport all four males to nearby hospitals, they were acting unruly and they were becoming a little violent," said Chief Inspector Scott Small, Philadelphia Police.

Police were called to help bring things under control.

Authorities say the men, three of whom are in their 40s and another in his 20s, appeared to be high on a synthetic drug called K-2.

Police and paramedics have had to respond to the facility numerous times for such incident.

Back in May, ambulances were called to the scene after 12 patients reportedly overdosed on K-2.

In general, doctors say the drug can be very dangerous.

"There's been a lot of young people, adolescents and teenagers, as well as young adults that have gone to emergency rooms and have had mild cardiac infarctions, arrhythmias and death," said Dr. Joseph Ranieri.

Action News reached out to officials of Gaudenzia but they had no comment.

One resident, who did not want to be identified, spoke candidly about what allegedly happens inside the facility.

"It's completely a joke. I mean it's just ridiculous is what it is. It's full of drugs - I mean people are falling out every day and ambulances picking them up," said the resident.