Construction worker struck and killed on Route 422 in Chester County 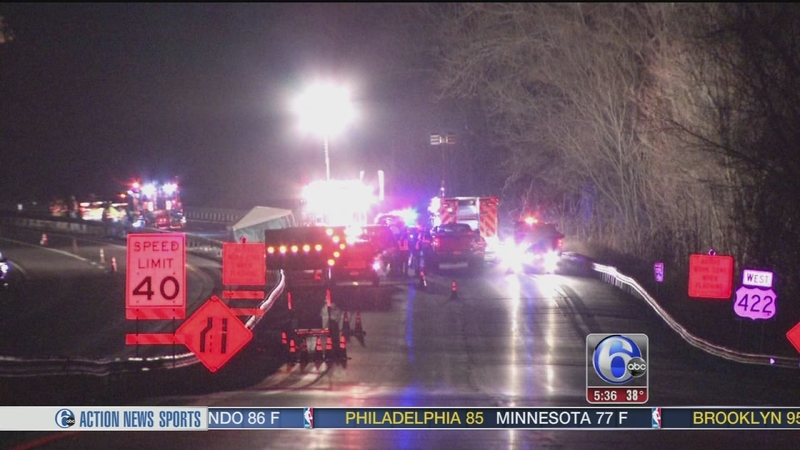 The accident happened around 11:30 p.m. Wednesday in the westbound lanes near Route 100.

Police say 60-year-old Lee Boyer of Liberty, Pennsylvania was helping set cones for a lane closure when he was struck by a Jeep Liberty SUV.

Police say Boyer was in an active construction zone when he was struck.

He was working as the project superintendent for a highway line-painting project.

Route 422 West was shut down for 5 hours as police investigated.

Authorities have identified the driver of the SUV, but that person has not yet been charged.